Ask DART: Which Bus Routes will be Affected by the June 13 Service Frequency Adjustment? 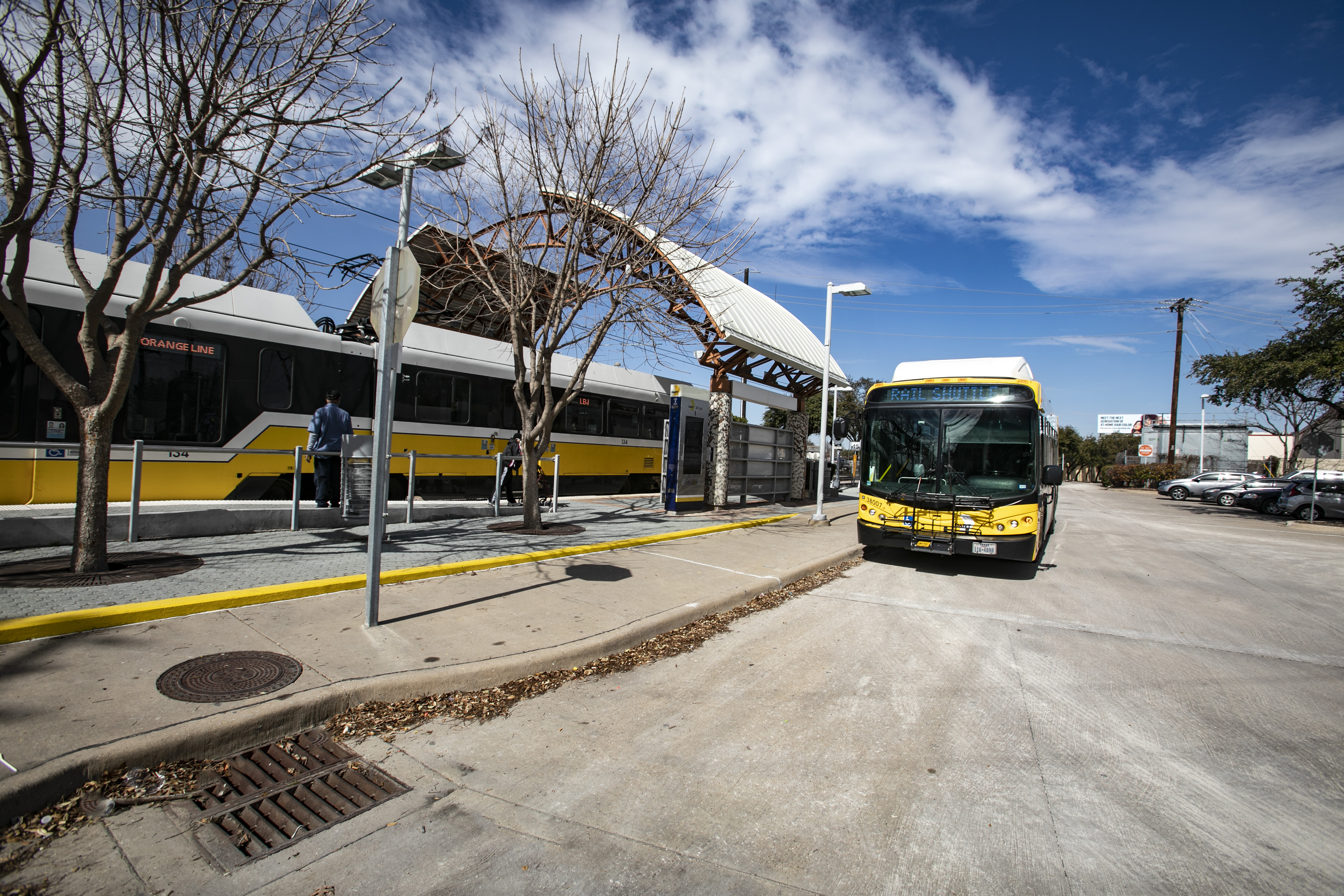 Beginning June 13, DART will implement temporary service frequency adjustments on 31 of its 97 bus routes due to the ongoing nationwide shortage of bus operators. For more information about these changes, please visit DART.org/servicechange.

DART is implementing a five-minute temporary reduction in frequency on most routes currently operating every 15 minutes. Some routes with 20-minute midday and early evening service will change to 30-minute service. Light rail service, as well as service on the Trinity Railway Express (TRE) and the Dallas Streetcar, will remain the same.

There will be no temporary frequency adjustments on the following routes:

DART Bus Route 215
To offer direct service to Bluitt-Flowers Health Center and Overton Park Apartments, buses will be removed from Kiest Boulevard and re-routed south to Overton Road in both directions between Marsalis and Beckley avenues. The schedule will be slightly modified.

DART Bus Route 220
To re-establish service south of Scyene Road, along Prairie Creek and St. Augustine, buses will operate on a loop south to Bruton Road. The change also adds a transfer connection along Bruton to Route 218, which will continue to serve Military Parkway. Riders on both routes are encouraged to obtain new timetables dated June 13, 2022, for slight variations in departure times.

In response to rider requests, this zone is now being separated into two zones - providing enhanced service and improved response time. Fares and hours of operation remain the same for both new zones.

North Dallas GoLink Zone
This zone retains eight square miles of the original North Dallas zone and will be bounded by Forest Lane on the north, DART Rail Red and Orange lines on the east, Preston Road on the west, and University Boulevard, Boedeker Drive and Northwest Highway on the south. Predetermined stops will include the Hillcrest Green Complex; Preston Royal Library; Texas Health Dallas; and Half Price Books. Stations served will be Walnut Hill, Park Lane and Forest Lane.

North Central Dallas GoLink Zone
This four-square mile zone combines the eastern portion of the original North Dallas zone with newly served areas to the north. Boundaries will be Midpark Road and Goldmark Drive on the north; Abrams Road on the east; Central Expressway and DART Rail Red and Orange lines on the west, and Walnut Hill Lane on the south. Predetermined stops will include the Walmart Supercenter on Forest Lane and Texas Health Dallas on Walnut Hill Lane. Stations served will be Walnut Hill, Forest Lane and LBJ/Central.

Hours of operation will remain the same as the current North Dallas zone. Travel between the two zones will require a separate booking.

East Irving GoLink Zone
The northern boundary will be extended to include an adjacent industrial area. FedEx Ground, 3215 Spur 482 is now covered by this zone. This expands the zone to 3.31 square miles and its boundaries to: Airport Freeway and Loop 12 on the north, Century Center Boulevard and Union Bower on the east, East State Highway 356 on the south and Geneva Road and Heights Drive on the west.

Service levels on these and all other GoLink zones will continue to be carefully monitored and updated, based on performance and rider feedback. For specific information, please visit DART.org/GoLink.