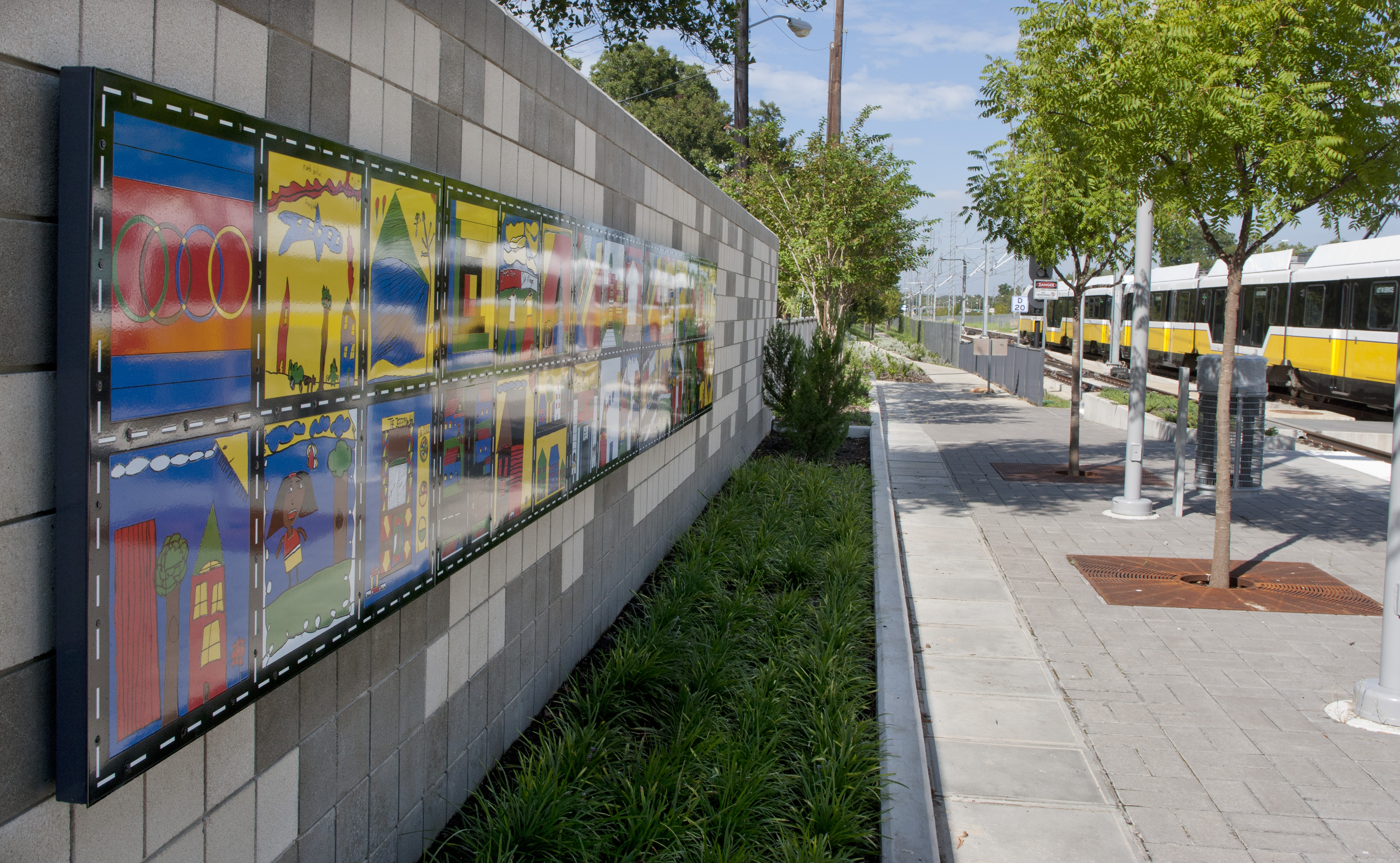 As we continue our celebration of Black History Month, we clued you in to some of the great celebrations and exhibits that honor Black History Month. But not all Black culture in North Texas can be found on stages or museum walls. Our region is teeming with public art. Much of it, in fact, is at DART Rail stations.

A 10-minute walk from Downtown Plano Station, at 12th Street and I Avenue, you’ll find the dramatic “Tracks of Our Past and Future,” Shug Jones and Lynne Chinn’s vivid tribute to the historically black Douglass Community, named for abolitionist Frederick Douglass. The 75-foot-long mosaic commemorates Plano’s first black resident, Andy Drake, whose descendants still call Plano home, as well as his ancestors and other early residents of the neighborhood.

In front of Booker T. Washington High School for the Performing and Visual Arts in downtown Dallas, Emmanuel Gillespie immortalized the great Ernie Banks in sculpture. Banks was a black pioneer in baseball who attended the school in the 1940s and was raised on Fairmount Street. The school is a short walk from Pearl/Arts District Station.

Gillespie’s work is also at MLK Jr. Station. Using symbols from African Kuba cloths on the pavers and columns, the artist joined the facility thematically to adjacent J.B. Jackson, Jr. Transit Center – named for a Dallas civil rights leader who was a founding member of the DART Board of Directors. The windscreens showcase images from local photographer R.C. Hickman and highlight people and events of Southern Dallas during the civil rights era. Additionally, Sculptor Steve Teeters created two 17-foot African "Talking Drums," which are also present at the station. You can read more about the station’s artwork and its themes in our blog post honoring Martin Luther King, Jr.

And at Hatcher Station, artist Vicki Meek used a community quilt motif to join the area’s past and present. In addition, pavers showcase the names of historic, black-owned businesses. Meek worked with art students to create a then-and-now portrait of the neighborhood.