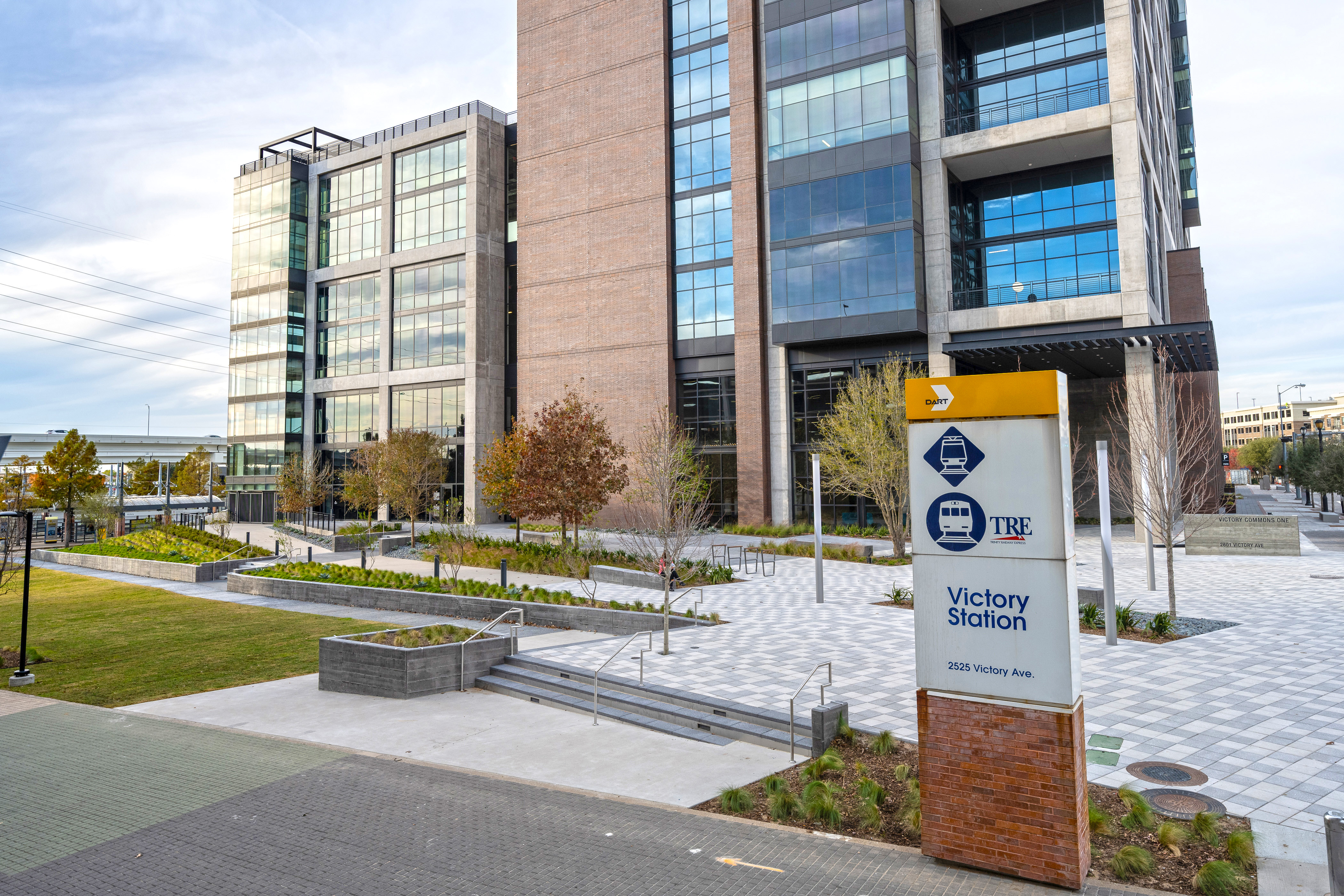 Hillwood Urban and Dallas Area Rapid Transit (DART) have partnered to build Victory Station Plaza, bringing a one-acre public green space to the heart of Victory Park, adjacent to the DART Victory Station with direct connectivity to DART's transit system. The large, landscaped plaza is located across the street from the American Airlines Center and adjacent to Victory Commons One, Hillwood Urban's new 365,000 square foot Class-A office building. Both the new Plaza and Victory Commons were completed on November 19, 2021.

"This was a terrific partnership with DART, where together, we were able to bring a great new public park into an urban environment that will enhance the quality of life for those who work, live and travel throughout Victory Park and beyond," said Ken Reese, executive vice president of Hillwood Urban. "This Park space was always part of DART's plan for this land going back 20 years to when Hillwood originally built the AAC. We are excited to help make this happen and enhance the neighborhood, not to mention provide great views from the office space overlooking the park."

The football field sized plaza, designed by TBG Partners, was designed for the DART commuter, the arena sports fan, the office worker and the people and pets that call Victory Park home. Commuters who travel to or through Victory Station will be able to take advantage of the Plaza. DART's Victory Station was opened in 2001 and is served by the DART Light Rail Green and Orange Lines and Trinity Railway Express, as well as DART Light Rail Red and Blue Lines used for special events. As with all DART stations across the North Texas region, Victory Station was developed with a focus on art as well as function, including unique elements by renowned local artist Pamela Nelson that reflect the neighborhood and residents it serves.

"The new Victory Station Plaza is a fantastic opportunity to provide much needed green space to the area while ensuring our passengers have enhanced access to Victory Station," said Nadine Lee, president & CEO at DART. "We continue to see the movement by both developers and communities to provide housing and activity centers near rail stations. Connectivity and access to public transit are increasingly important in our rapidly urbanizing Dallas-Fort Worth region."

From office towers to corporate campuses, Hillwood Urban has built a reputation for its ability to bring key partners together to create activated environments that inspire and attract talent. Offering a unique urban office environment, Victory Commons will offer a large outdoor roof top terrace with views of the Dallas skyline as well as a ground floor tenant lounge and coffee bar. Hillwood Urban is working to bring the first downtown Dallas skyscraper in more than three decades, Field Street Tower, to the Uptown neighborhood.

About Hillwood
Hillwood, a Perot company, is a premier industrial, commercial and residential real estate developer and manager with projects throughout North America and Europe. With a diverse portfolio of properties which have become home to many of the world's leading companies, Hillwood is committed to bringing long-term value to our customers and partners and the communities in which we serve. Hillwood also served as the lead developer of marquee projects nationwide, from the Air Force Memorial in Washington, D.C. to the Perot Museum of Nature and Science and the American Airlines Center in Dallas. For additional information, please visit www.hillwood.com.

Categories : DART Daily News
Leave a comment
Newest on top Oldest on top
Load more comments
Thank you for the comment! Your comment must be approved first