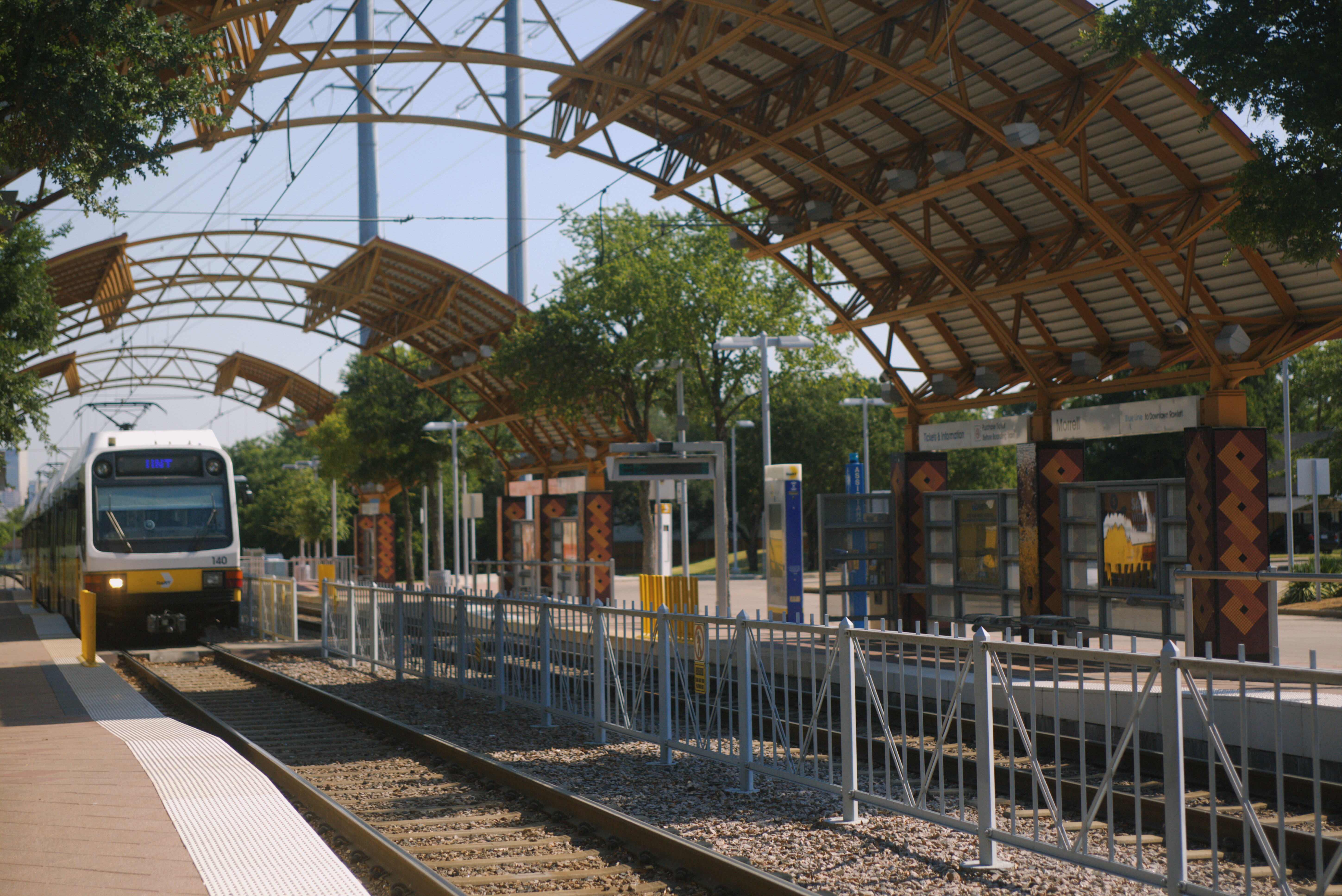 Morrell Station
Posted on Sep 19, 2022 by DART Daily
Last week, we clued you in to some of the great exhibits and events that honor Hispanic Heritage Month. But not all Latin culture in North Texas is at festivals or on museum walls. Check out the following DART Rail stations, where public art celebrates the Hispanic communities who made North Texas the vibrant place it is today. 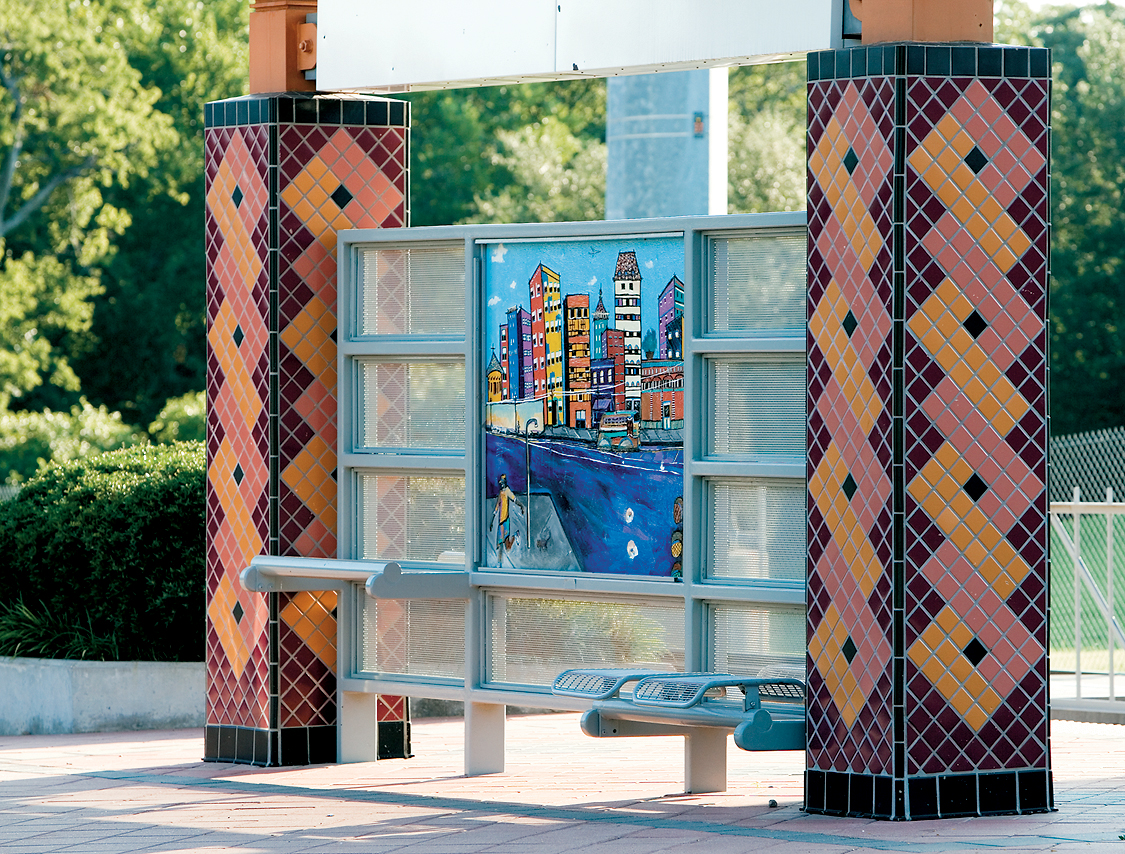 This station is in Trinity Heights, a part of Oak Cliff with a large Hispanic population. The station is designed as a kind of symbolic plaza. Decorative columns and pavers depict woven patterns, creating a “tapestry” theme.

Artist Nancy Lovendahl and neighborhood children created Backbone of Our Community. The sculptural seating feature is made of 21 blocks of Texas limestone. Expressions such as "unity" and "laughter" are sandblasted on every other stone.

The windscreens feature ten colorful mural drawings, created by the children and rendered by artist Bernice Montgomery. The series, titled The Art of Transportation: Bringing Us Together,  depicts transportation ranging from horse-and-buggy to futuristic spaceships.

This mostly residential, culturally diverse neighborhood is near the old Oak Cliff "downtown" – now a historic district with classic architecture from the 1920s and 1930s. The station references the district's architectural details; note the intricate brickwork on the columns pavers.

Artist Judith Inglesa's four-panel mural, A Community Honored, tells a story that starts with images of nature. The second panel depicts the many people who came from many parts of the world, such as Latin America, to settle Texas. The third portrays the area’s urbanization, and the final panel illustrates the diversity of modern-day Oak Cliff. 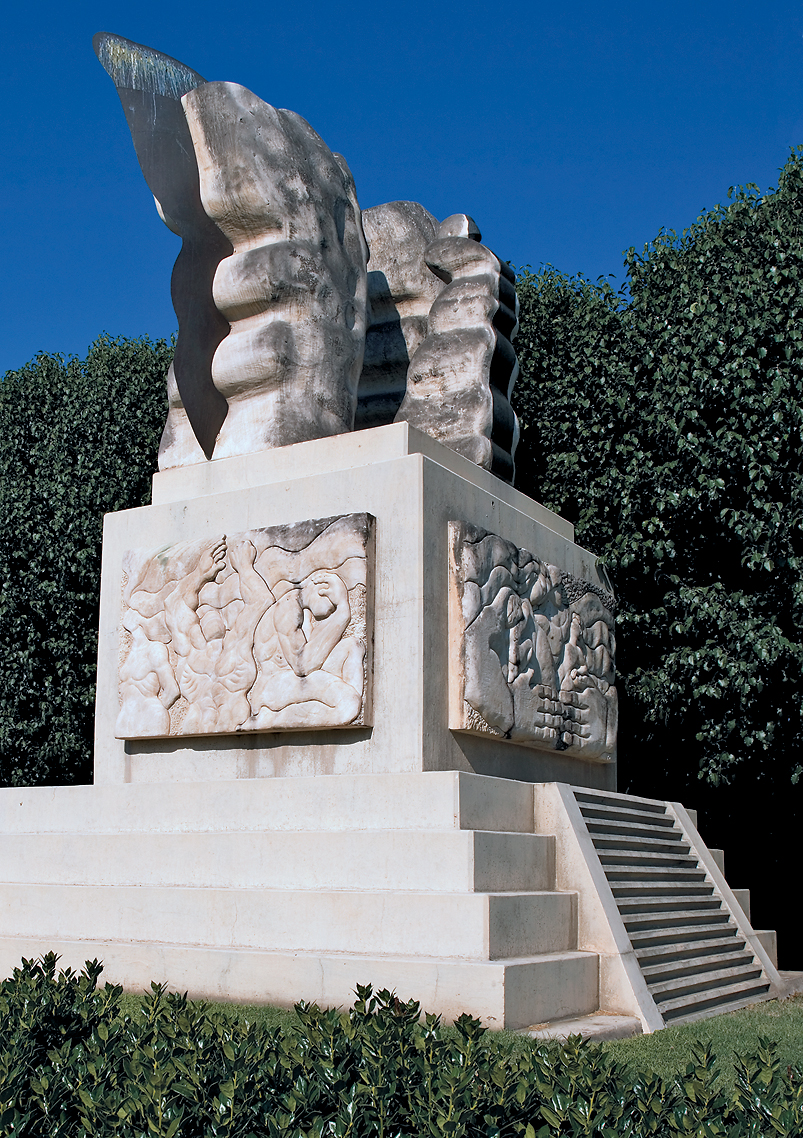 The tile work and paving designs reflect the Spanish colonial-era architecture of Mexico. Columns have patterns and styles that recall Mexican tile and masonry. Roberto Mungia's Familia del Sol, a series of vivid panels on the windscreens, shows events in Mexican culture and mythology.

A massive limestone sculpture by Eliseo Garcia, Cycles of Life, features a foundation reminiscent of a Mayan pyramid.