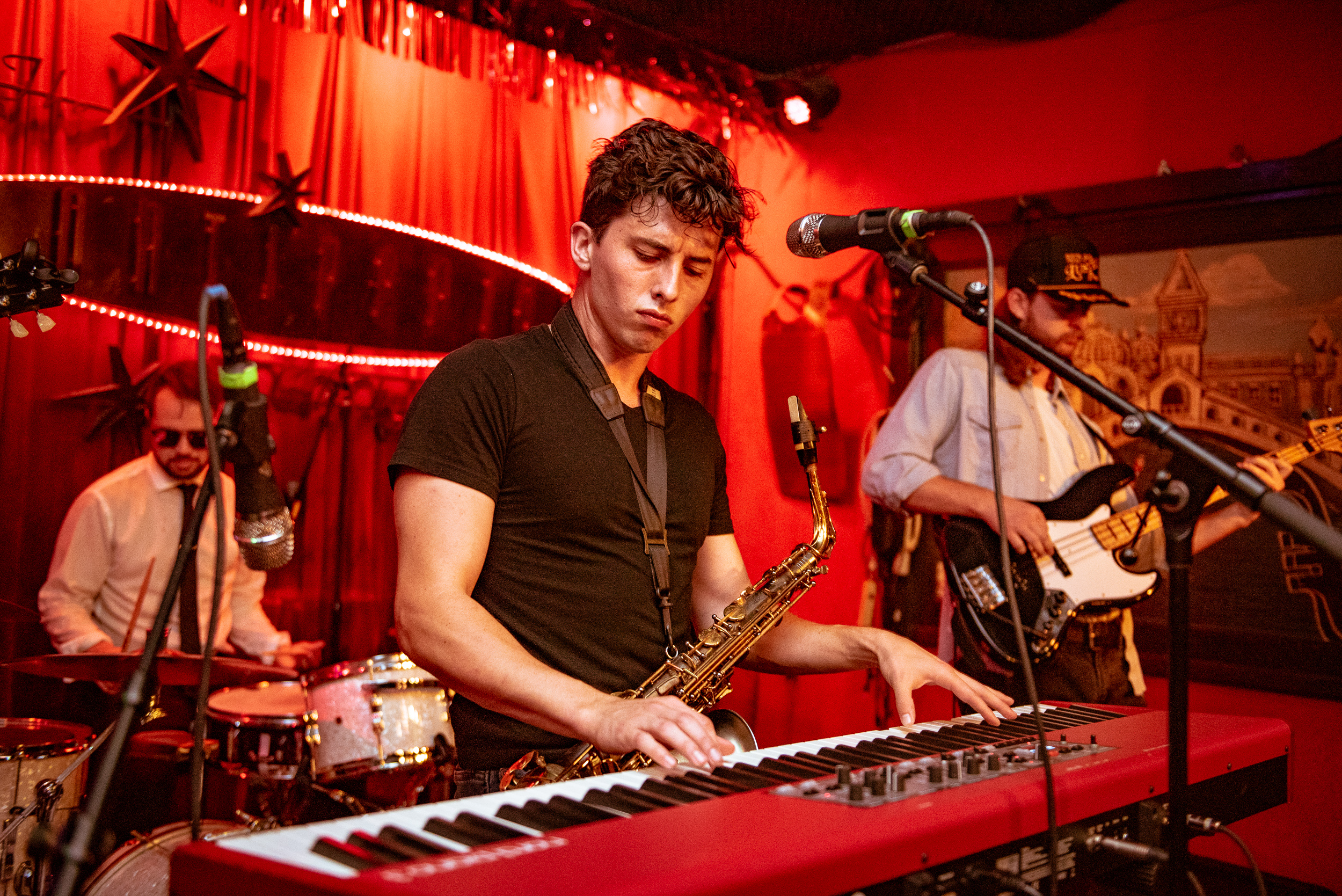 Photo courtesy of The Selfless Lovers band
Posted on Aug 12, 2021 by DART Daily

There’s plenty of live music in store this weekend, along with a great outdoor market and a campy theatrical performance. It’s all good fun, and it’s all DARTable.

CityLine Night Market in Richardson features The Boho Market with more than 30 local vendors selling handmade, vintage and other one-of-a-kind items. The event takes place in the CityLine Plaza, which is surrounded by restaurants. There will also be live music from blues/rock/indie musician Justin Cashion. Get to the market by taking the Red Line to CityLine/Bush Station.

Rowlett Summer Concert Series has plenty of food vendors, kids’ activities – and, of course, music. At 7:30 p.m., the eclectic Big Daddy Band takes the stage, with its signature blend of rock, pop and dance performed with consummate musicianship. The event happens at the Village of Rowlett Downtown, right near the Blue Line’s Downtown Rowlett Station.

Farmers Branch’s Denton Drive Live! features a trio of acts that pay tribute to all-time greats George Strait, Willie Nelson and Waylon Jennings. There will be a twang in the air starting at 6 p.m. at The Grove @ Mustang Station, near the Green Line’s Farmers Branch Station.

Saturdays on the Square presents a free, family-friendly movie under the stars on the square in Historic Downtown Carrollton. At sunset, catch “Onward,” the story of teenage brothers who happen to be elves. Bring a blanket, and get off at Downtown Carrollton Station on the Green Line.

Drac in the Saddle Again is one of Pocket Sandwich Theatre’s popular popcorn-tossing melodramas – that’s right, show the villain how you feel by pelting him with a hail of popped kernels. The show parodies horror movie sequels, and imagines Count Dracula settling in the Wild West. The venue is in the shopping center right across Mockingbird Lane from SMU/Mockingbird Station on the Red, Blue and Orange lines.

Categories : Community Music Special Events Theater / Dance
Leave a comment
Newest on top Oldest on top
Load more comments
Thank you for the comment! Your comment must be approved first