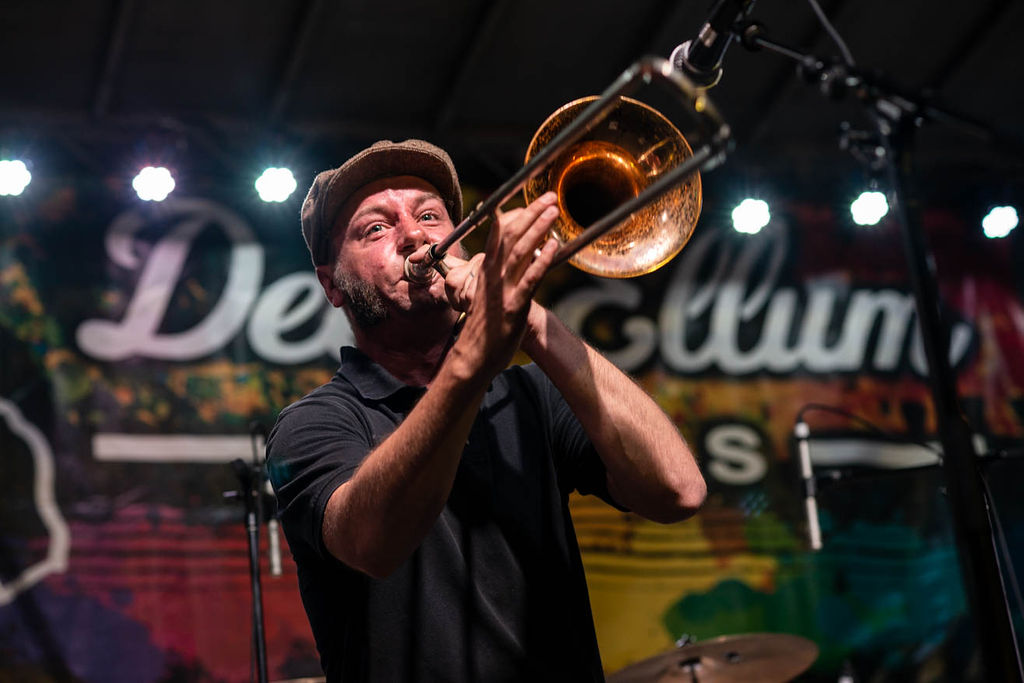 Deep Ellum Arts Festival is a free, rockin’ time in one of Dallas’ most famous creative neighborhoods. From Friday, Sept. 10, through Sunday, Sept. 12, several blocks of Main Street become a huge street fair. Hundreds of sculptors, painters, jewelers and crafters will line the street, some of them creating art right before your eyes. Stroll through the displays of these first-rate artisans, and purchase or even commission a one-of-a-kind work of art. There will be food and drink aplenty. And, of course, it wouldn’t be Deep Ellum without music; some 100 acts perform on several stages throughout the whole weekend. To get there, take the Green Line to Deep Ellum or Baylor University Medical Center stations. Just follow your nose and ears to the festival.

There are numerous other DARTable events this weekend, with an emphasis on live, outdoor music.

Rebelution is a California reggae band making their way to Texas. Taking Jamaican music as a starting point, the band is also experimental and adventurous. You’ll be vibing when they bring their Good Vibes Summer Tour to the Pavilion at Toyota Music Factory. The venue is a a few blocks from the Orange Line’s Irving Convention Center Station.

Plano Firefighters Association is doing a Pub Crawl Fundraiser to build a fitting Memorial for their 9/11 artifact given to them by The Port Authority of New York. The Pub Crawl Fundraiser will start at noon in Downtown Plano Arts District. They will be selling shirts and challenge coins at all three locations - The Fillmore Pub, Urban Crust and Vickery Park Plano.

Then stay downtown for a concert in McCall Plaza with Harper O'Neill who has Texas songwriting roots and influences that range from soul to rock. Tickets are $10. You can check out both the Nashville up-and-comer and the Pub Crawl by taking the Red Line to Downtown Plano Station and taking a short walk over to 14th Street.

Grupo Fantasma heads the bill at the latest in a new concert series, Concerts in the Globe at AT&T Discovery District in downtown Dallas. Openers Mayta take the stage at 4 p.m.; the headliners follow at 5:30 p.m. You’ll find the venue adjacent to AT&T Headquarters, near the corner of Commerce and Akard streets, which is three blocks from Akard Station on all four DART Rail lines.

Historic Downtown Carrollton’s Saturdays on the Square presents a live swing band playing at the gazebo. The concert happens from 6-8 p.m. There are numerous food options nearby; grab an order to go and settle down in the square, or grab a dance partner and swing, baby. The gazebo is a few blocks from the Green Line’s Downtown Carrollton Station.

Farmers Branch’s Denton Drive Live! presents Texas Flood, a road-tested blues band in the tradition of Stevie Ray Vaughan. With a mix of covers and original material, the band gives a raw, searing reading of Texas blues. ZZ TEX opens with its convincing tribute to ZZ Top, the great purveyors of Lone Star-style rock. It all takes place at The Grove at Mustang Station, a block from Farmers Branch Station on the Green Line.

Fair Fare on the Square is running the entire month of September in Downtown Garland. Get a head start on the State Fair of Texas, with fair-inspired food at wallet-friendly prices. The event takes place at participating restaurants through the downtown square area. Get a corny dog and a funnel cake and eat it al fresco, if you wish, just a few blocks from the Blue Line’s Downtown Garland Station.