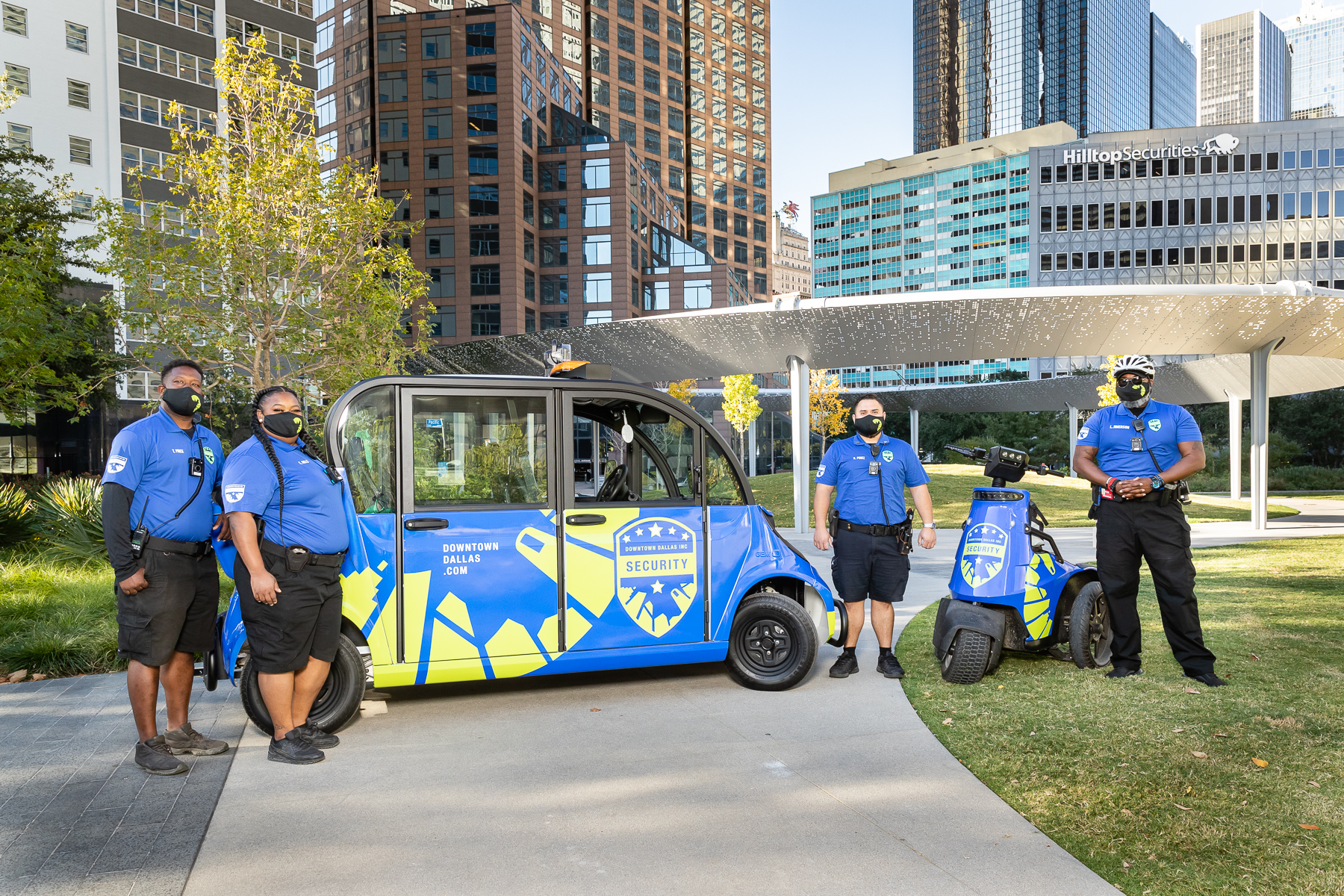 Downtown Dallas, Inc. (DDI) announced the launch of a comprehensive Public Safety Summer Operations Plan to proactively address quality of life and public safety challenges as hundreds of thousands of workers and tourists continue to return to Downtown.

The multipronged initiative is being conducted in partnership with the Dallas Police Department (DPD), Dallas Area Rapid Transit (DART) Police, and other government and community partners.

“Public safety is and always will be our first priority,” said Kourtny Garrett, DDI President & CEO. “Downtown has historically been one of the safest areas of our city and we are determined to keep it that way through the good work of our field team members, including Downtown Security, Clean Team, Homeless Outreach, and our new DDI Ambassadors.”

Among the key tenets of the plan:

The initiative is being led by DDI Vice President of Public Safety & Field Operations Albert Sanchez, a 10-year veteran of the Dallas Police Department who joined DDI in 2019.

“It is no secret that Dallas and other major cities across the country often anticipate an uptick in crime heading into the warmer summer months. This does not have to be a foregone conclusion,” Sanchez said. “That is why it is so important for us to be proactive and intentional about how we address quality of life concerns.”

The operation will run within the Downtown Improvement District (DID), bounded by I-345 on the east, I-30 on the south, North Stemmons Freeway on the west and Woodall Rodgers Freeway on the north. DDI also remains engaged with key stakeholders in surrounding neighborhoods on matters of public safety.

“The vision of The 360 Plan, our strategic plan, is to build a complete and connected city center,“ Garrett said. “We keep that front of mind in all that we do, including working with our partners in and around Downtown to ensure public safety.”

“Ensuring public safety for all is a team effort,” Councilman Ridley said. “I’m encouraged by this collaborative approach, and I feel confident that we will see great vibrancy in Downtown during the months to come."

“One of the keys to our Downtown renaissance of recent decades has been the development of beautiful new parks and greenspace for all to enjoy,” said Moreno, a former Dallas Park Board member. “I’m particularly excited about DDI’s continued focus on keeping our parks clean, safe, and full of fun activities.”

“The men and women of the Dallas Police Department cannot tackle our city’s challenges alone – we must collaborate with the people of Dallas and the organizations that work to make our city stronger,” said Central Patrol Division Deputy Chief Israel Herrera. “Our ongoing work with DDI is exactly the kind of partnership that allows us to address public safety concerns before they become a major problem.”

“Through the unprecedented challenges of the pandemic, Downtown businesses of all sizes found innovative ways to continue serving our customers,” Daniels said. “Now, with Dallas among the leaders in a robust return to business, we must all work together to ensure that our urban core remains clean and safe for all people to enjoy.”

“More than $11 billion in investments drove the historic turnaround of Downtown Dallas over the past 20 years, and we are determined to keep the momentum going,” Hamilton said. “This is a neighborhood that grew from just 200 residents in the 1990s to more than 12,000 today, and we have a responsibility to work together to keep this neighborhood safe.”

About Downtown Dallas, Inc.
Downtown Dallas, Inc. (DDI) is the primary advocate, champion, and steward for Downtown, effecting change by developing strategies, setting targets, and mobilizing resources. DDI manages the Dallas Downtown Improvement District (DID), created in 1992 and renewed most recently in 2020. The DID funds supplemental services and amenities that help create and sustain Downtown Dallas as a clean and safe mixed-use neighborhood. An annual assessment paid by properties in the DID funds safety and cleaning programs, transportation enhancements, park and public space management, economic development plans, promotion of special events, and other services. The current PID term runs until December 31, 2027, with annual budget and assessment rate subject to a public hearing and City Council approval.

About DDI Security
DDI launched the Downtown Safety Patrol (now known as DDI Security) in 2004 to supplement as additional “eyes and ears” for local law enforcement partners, serve as a friendly face of security Downtown, and be a resource for the Downtown community. The team contributes over 90,000 hours of proactive security patrols annually. Security team officers wear royal blue uniforms and drive brightly wrapped and lit micro-vehicles (gem cars, T-3s, and bikes).
In addition to regular patrol seven days per week, DDI Security responds to calls for assistance directly to dispatch and alerts submitted in our SEE SAY NOW app and by text. The team is also available to provide courtesy walks during hours of operation. To provide additional security to our Downtown parks, officers proactively patrol each park, greeting visitors and reminding everyone of the park rules.

About DDI Clean Team
The Downtown Clean Team is a group of full-time employees dedicated seven days a week to keeping the Downtown streets and sidewalks clean by picking up litter, maintaining the parks, removing graffiti, and assisting with many public improvement projects in Downtown Dallas. With the addition of new public spaces and parks, the Clean Team plays a vital role ensuring all spaces are clean, well maintained, and welcoming to all users. Clean Team members wear green polo shirts, and utilize brightly colored trucks, litter vacuums, GEM cars, and push carts.

About DDI Homeless Outreach
Developed from a pilot program three years ago, DDI’s program focuses on consistent quality engagement to relate to homeless individuals, then refer those individuals, based on specific needs, to applicable service providers for long-term solutions. Our Homeless Outreach team can be found throughout Downtown in purple polo shirts and a branded purple GEM car.

About DDI Ambassadors
The DDI Ambassador program employs a team of high-energy, customer experience agents who engage visitors and residents of Downtown about the best places to eat, shop, and enjoy Downtown Dallas. They provide support for DDI park activations and events, help keep our urban core clean, and collaborate with businesses. 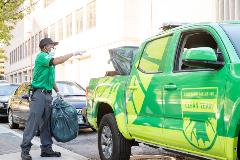 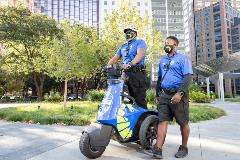 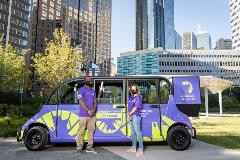 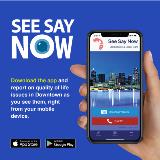