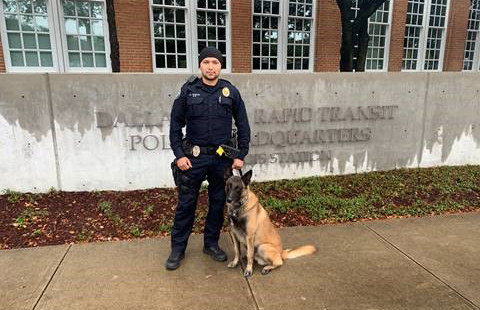 You may have seen them sniffing their way down the aisle of a DART train or patrolling at a station or transit center. These four-legged friends are a part of DART’s K-9 unit.

A K-9 unit is a specialized group of law enforcement officers who use service dogs to perform specific duties and responsibilities. Since 2007, canines have been an integral part of DART’s explosives detection unit.

“These police dogs are an asset to our department,” said Deputy Chief of Police Matt Walling. “Not only are they loyal public servants, but their speed, agility and acute sense of smell enable us to detect potential threats faster.”

There are four dogs in the DART Police K-9 unit, and each of these dogs has a dedicated handler. The newest members of the K-9 unit are:

Other members of the unit are: 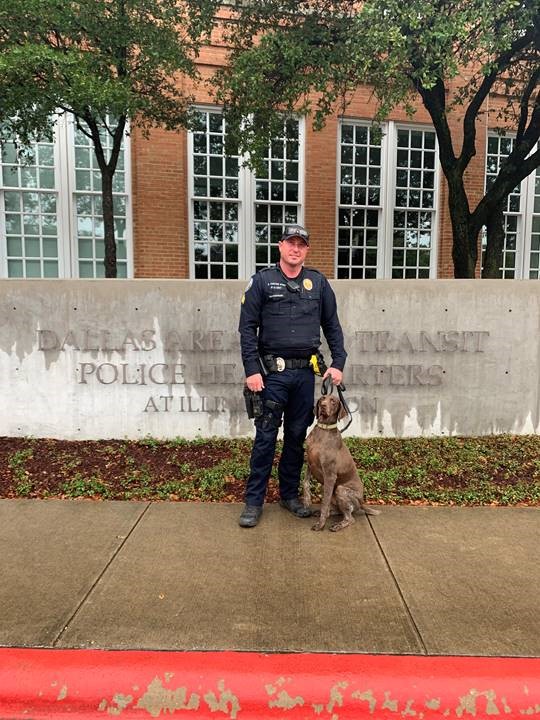 Working with police dogs takes a unique temperament and skill set. Police officers must complete a 13-week course at the Department of Homeland Security, Transportation Security Administration’s Explosives Detection Canine Academy at Lackland Air Force Base in San Antonio. It is at this academy that the officers are paired with their future canine partners. The officers and their dogs must complete a rigorous three-month training program before being placed on active duty.

Categories : Community Knowledge
Leave a comment
Newest on top Oldest on top
Load more comments
Thank you for the comment! Your comment must be approved first