City, DART Take the Next Step Toward TOD in Richardson’s Innovation Quarter 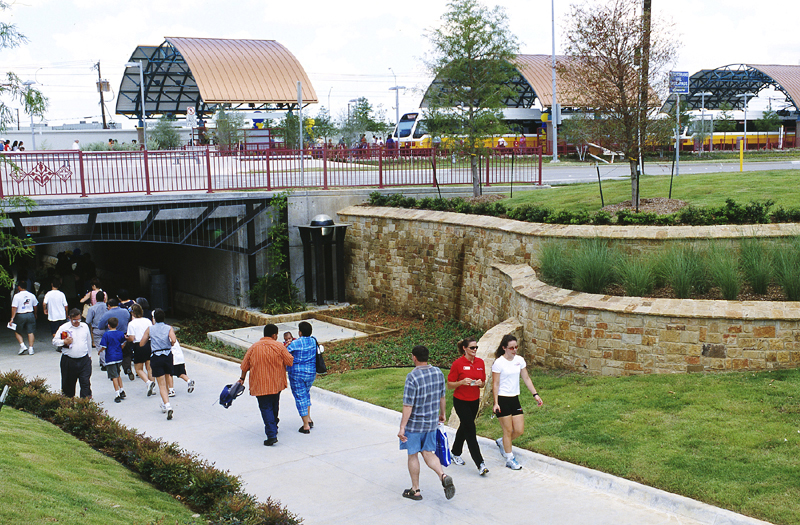 The city of Richardson has its eyes on the large, underutilized park-and-ride lot at DART’s Arapaho Center Station on the Red Line. As riders use less than a third of the 1,200 available spaces, DART and the city have a vision to transform roughly 15-acre property into a transit-oriented development (TOD) that will serve as a gateway into Richardson’s Innovation Quarter.

Also known as simply the “Richardson IQ®” or “The IQ®”, the district is an approximate 1,200-acre area, generally bounded by Central Expressway (US 75), Campbell Road, Plano Road, and Apollo Road.

Formerly known as the Collins/Arapaho Transit-Oriented Development and Innovation District, this area is the heart of the Telecom Corridor® and has been a job center and hub of technology and innovation in the region. City leaders began the process to re-envision the aging and underperforming industrial district in 2018 and approved new zoning and form-based code in December 2020.

The vision for The IQ is that it will continue to be a center for innovation and technology but also become a mixed-use district that is visually unique, green, active, walkable and bikeable, with the DART station area serving as the primary gateway.

Recently, the DART Board of Directors approved an interlocal agreement with the city of Richardson to implement TOD at Arapaho Center Station. Richardson will request proposals in the hope of finding a master developer for the site.

DART, Richardson and the selected developer will coordinate planning of the future TOD on the agency’s property and incorporate required DART operations, facilities, and access such as parking and bus bays. Arapaho Center is the only station in Richardson that hasn’t attracted TOD.

The redevelopment of Arapaho Center Station could act as a catalyst for TOD at additional properties adjacent to the transit center and rail station that capitalizes on the proximity to public transit.

As a first step toward redeveloping the station area, the city of Richardson studied, tested, and implemented a series of mobility improvements on Greenville Avenue from Campbell Road to Jackson Street, beginning in late 2019.

The city replaced one vehicular lane on each side with a bike lane. They also added an at-grade crosswalk across Greenville Avenue to directly connect the rail station to the Arapaho Center Station parking lot and bus transit facility. The crosswalk provides an alternative to DART’s walkway under Greenville Avenue and gives riders a secondary point of access with fewer stairs and ramps.

Learn more about Richardson’s Innovation Quarter at COR.net/collinsaraphaho and RichardsonIQ.com.