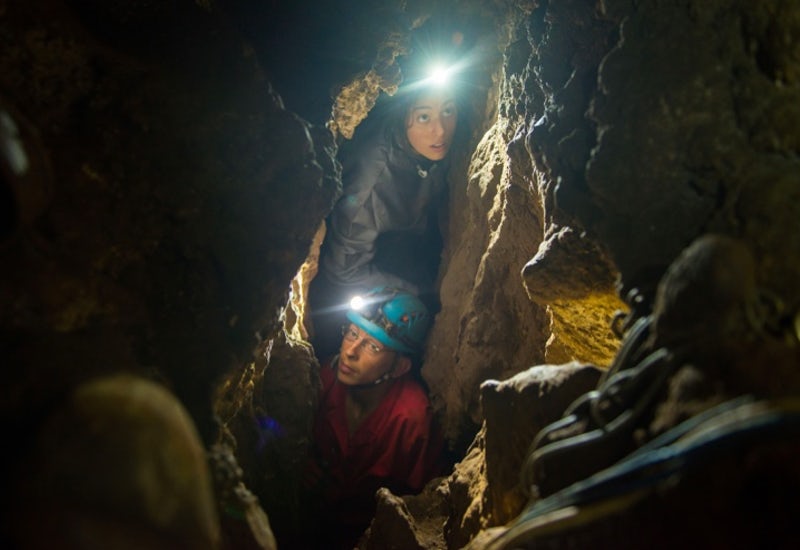 A boat captain, a giant rabbit and a couple of cavemen walk into a bar. How did they get there? They took DART. And they’re some of the things you can discover this weekend if you ride DART, too. Read on to find out more.

The Dallas Winter Boat Expo is for serious boaters, dreamers and everyone in between. Explore, compare and learn about more than 600 new boats, ranging from fishing boats to family cruisers, from ski boats to sail boats. If you already have a boat, get in touch with your inner gearhead and check out all the latest accessories and doodads. The expo happens Thursday through Sunday at Dallas Market Hall. Take the Green or Orange line to Market Center Station; from there it’s less than a half-mile walk. Bus Route 749 will get you there, too, and it departs from Southwestern Medical District/Parkland Station.

Harvey gets the first performance of its run tonight at WaterTower Theatre. The play follows Elwood Dowd (played by Jimmy Stewart in the classic 1950 film), a mild-mannered man whose best friend happens to be a giant, invisible rabbit. You can catch it through Feb. 23. The theater is a short walk from Addison Transit Center, served by numerous bus routes.

Plano Art Association Member Show opens today at the ArtCentre of Plano. Showcasing the quality and diversity of local artists, the exhibition features both two- and three-dimensional art. It runs through March 28 right across Haggard Park from the Red Line’s Downtown Plano Station.

Origins: Fossils from the Cradle of Humankind is the latest amazing exhibit at the Perot Museum of Nature and Science, and it’s a must-see: You’ll see fossils of two recently discovered ancient human relatives that were unearthed in South Africa. (And no, they’re not cavemen, which is more a cartoon character than a real thing. They are, however, the biggest discoveries since “Lucy.”) Get to the museum by taking any DART Rail line to Akard Station and walking a few blocks north. The exhibit will be around through March 22.

Elvis Tribute Show is a pretty straightforward name for this fun evening in Garland. First-rate Elvis impersonators Bill Cherry and Diogo Light team up to provide a double Elvis sighting at the Granville Arts Center, right next to Downtown Garland Station on the Blue Line.

Ana Gabriel has crossed into several genres of Latin music over the course of nearly five decades. With more than 20 albums under her belt, she has a deep catalog to mine for material, and you can expect a wide-ranging performance when the Mexican singer-songwriter comes to the Pavilion at Toyota Music Factory. That’s about an 8-minute walk from Irving Convention Center Station on the Orange Line.