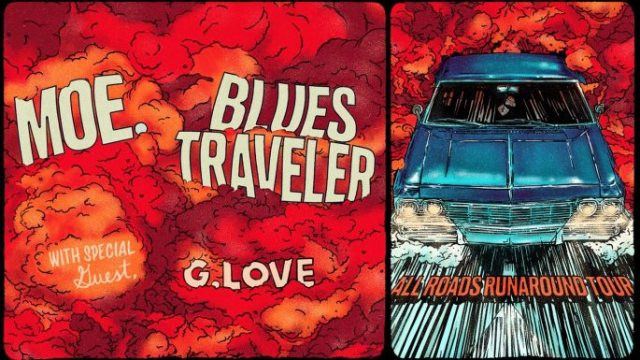 Triple digits are on the way, but that’s no problem: When the summer gets hot, we get indoors. Hop on board. There are lots of DARTable theater and concerts in store this weekend.

The Cake is a regional premiere that opens tonight and runs through Aug. 25. Della owns a famous bakery in the South. When her best friend’s daughter asks her to make her wedding cake, she’s happy to oblige. When she realizes the wedding doesn’t have a bride (rather, it has two), she re-examines her long-held belief system. The play is a comedy created by the writer of the popular TV show This is Us. Presented by the Uptown Players, it plays at the Frank Lloyd Wright-designed Kalita Humphreys Theater on Turtle Creek. To get there, take one of two bus routes – 36 or 409 – that depart from CityPlace/Uptown Station on the Red, Blue and Orange Lines.

Fiddler on the Roof is in its first weekend of a run that extends through Aug. 18. To call it a classic is almost an understatement; the play is one of the most-performed in all of musical theater. The songs are an indelible part of the American songbook, with familiar tunes like “Tradition,” “If I Were A Rich Man” and “Sunrise, Sunset.” You’ll recognize them even if the titles don’t ring a bell. Dallas Summer Musicals brings the warm, intergenerational saga to the Music Hall at Fair Park, just a block from Fair Park Station on the Green Line.

Moe. and Blues Traveler are elder statesmen of the jam-band world, with careers going back 30 years. Expect plenty of improvisation, musical surprises and a hippie vibe when they take the stage tonight for a double bill at the Pavilion at Toyota Music Factory. Put on some patchouli and catch the Orange Line to Irving Convention Center Station, which is about a 9-minute walk from the venue. (But please: not too much patchouli. They don’t need to smell you from Terminal A at DFW Airport.)

Sheila Hicks is the Nasher Sculpture Center’s exhibition of new and recent work by the American-born, Paris-based artist. Working almost exclusively with fiber and textiles, Hicks pushes the material to a monumental scale, transforming thread and fiber into compelling environments. Her work draws from traditions of weaving, architecture and fashion; for this exhibition, she has created a site-specific installation in the garden. The Nasher, about a 6-minute walk from St. Paul Station, is also accessible by the M-Line Trolley. The exhibition runs through Aug. 18.

Decoding the Myth of the American West is a great reason to take the Trinity Railway Express (TRE) to Fort Worth today. The program is part of the Second Saturday series at the Sid Richardson museum. Even while it was still going on, the Wild West was romanticized by artists, writers and musicians. But what’s true and what’s just myth? From 2-2:30 p.m., this docent-guided tour will help you connect the dots between legend and the history. To get there, get off the TRE at Fort Worth Central Station and hop Trinity Metro’s Molly the Trolley. It’s a short ride to the museum in the Sundance Square district. Remember, there’s no TRE service on Sundays. The last returning train on Saturdays is at 10:51 p.m.

Mamma Mia! Gets its last performance tonight at The Firehouse Theatre. The entertaining story follows a young woman searching for her birth father. Love, laughter, Greece, a mother, a daughter, three possible dads and a trip down the aisle – it’s all told through the songs of ABBA. The Firehouse Theatre is right across the street from Farmers Branch Station on the Green Line.

Building a Better Experience for You!

DART is making major improvements. To create a smoother ride through downtown Dallas and reduce service interruptions, track improvements are under way and will continue until September. During that time, DART Rail in Downtown Dallas will be discontinued each weekend between Pearl/Arts District and West End stations. Bus bridges will be in operation. Learn more at DART.org/plus.