Get on DART and Get Your Green On 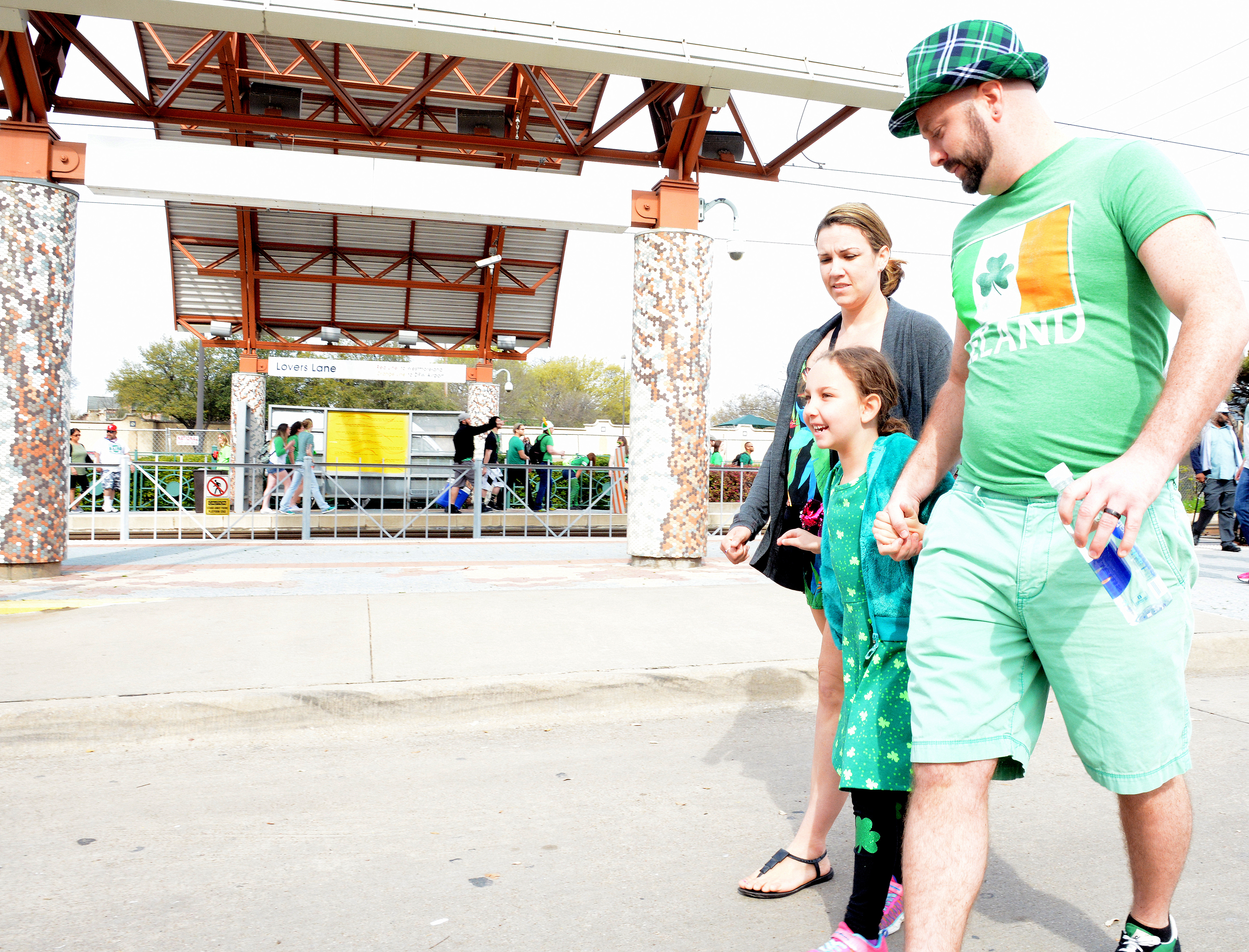 This March, DART is your ride to celebrate all things Irish in North Texas. Whether you’re Irish-blooded or not, you have plenty of DARTable opportunities to enjoy festivals, restaurants and pubs. Here are some of the places you can go to celebrate.

Harps, fiddles and storytelling. Those are three ways to say “Irish.” You’ll discover them all, and many more, at the North Texas Irish Festival. As one of the largest Irish festivals in the U.S., the family-friendly event happens March 6-8 right in Fair Park. Some other ways the festival celebrates the Emerald Isle include horse shows, sheepherding demonstrations and beer and whiskey tastings. There’s even a colorful Scottish Village for those who trace their Celtic roots to the other side of the Irish Sea. You have all weekend to get on the Green Line (appropriately enough) and head to Fair Park Station to get your Irish on – no Irish lineage required!

There is, however, one day of the year everybody’s Irish, and it comes the very following weekend. On Saturday, March 14, Greenville Avenue becomes a giant party celebrating community, the coming of spring and, of course, all things Irish. Dallas St. Patricks’ Parade & Festival is a beloved tradition with more than 100,000 revelers and 100 floats, and you’ll want to take DART to get there. We’ve even added service throughout that Saturday. Get to the fun by taking the Red, Blue or Orange lines to Mockingbird Station; or the Red or Orange line to Lovers Lane Station. Either will put you within a block of or two of the festivities. The parade travels south along Greenville from Blackwell Street to SMU Boulevard. Just look for the tens of thousands of people dressed in green

DART will be at both events, and we’ll even have a float in the parade. See you there!

Parade Cancelled: As of March 11, the 2020 Dallas St. Patrick's Parade & Festival has been canceled. DART buses and trains will operate a normal Saturday schedule on March 14. Learn more at: https://www.dart.org/rideralerts/fullra.asp?id=4854

Even if you can’t make it to these events, you can get your Irish on at local pubs with an Irish disposition. At Trinity Hall, the booths and wooden fixtures actually came from Ireland. No doubt, there’s a brogue in the air at this Mockingbird Station mainstay – plus an admirable selection of beers, authentic cuisine and a bustling atmosphere. The station is served by the Red, Blue and Orange lines.

For a taste of Ireland in Plano, hit the Fillmore Pub – only a lock or two from Downtown Plano Station on the Red Line. Dark atmosphere and plenty of wood tones? Check. A wide assortment of beers on tap, with lots of imports and craft brews? Check. Excellent whiskey selection? You’ve got it. All the elements of an Irish bar are here, along with terrific pub grub. Sláinte! (“Cheers” in Irish.)