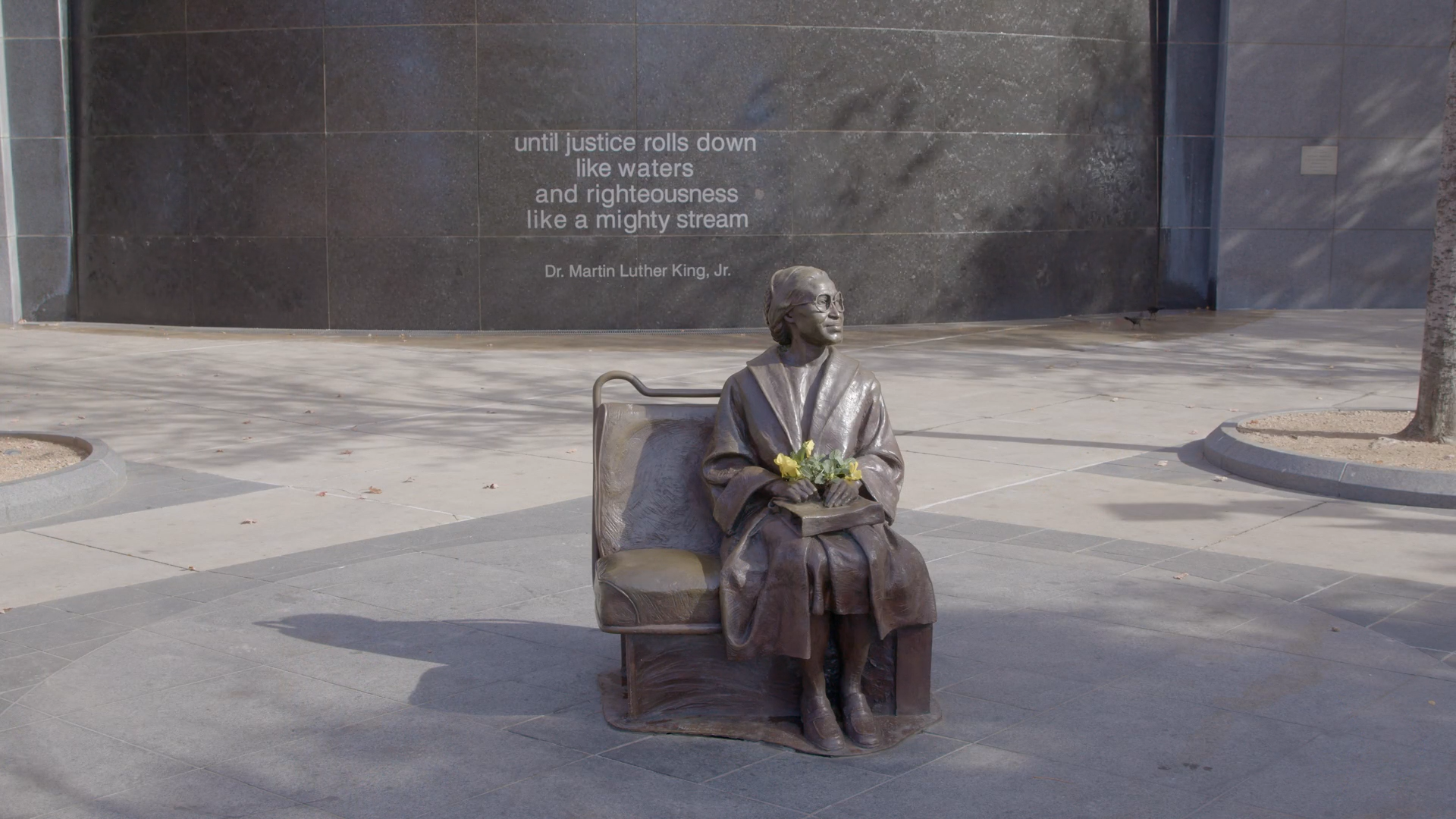 To honor the life and legacy of the late Rosa Parks, whose efforts sparked a national civil rights movement for racial equality, Dallas Area Rapid Transit (DART) will reserve a seat at the front of every DART bus this week to commemorate her historic and unwavering efforts in support of equality for all.

On December 1, 1955, Rosa Parks was arrested in Montgomery, Alabama when she refused to give up her bus seat to make room for a white passenger. Her act of defiance in the face of an unjust law led to the Montgomery bus boycott, which lasted several months and led to both the desegregation of public transportation in our country and the beginning of the modern civil rights movement.

Rosa Parks' lifelong dedication to civil rights played a pivotal role in raising both national and international awareness of the unjust plight of African Americans and the civil rights struggle.

During the 87th Texas Legislative Session, DART and its Board of Directors fully supported House Bill 3481, authored by State Representative Toni Rose and sponsored by State Senator Royce West, which officially designates December 1 as Rosa Parks Day in Texas.

State Representative Toni Rose, who authored House Bill 3481, issued the following statement: "December 1st is a historic day in which we honor a courageous African American woman whose legacy encompasses the everyday acts of resistance that defines America's long fight for racial equality. Rosa Parks Day allows us and future generations to remember our progress as a nation and continue the movement towards freedom for all Americans."

House Bill 3481 was a bipartisan bill that unanimously passed both the House and Senate chambers and was signed into law by Governor Greg Abbott. 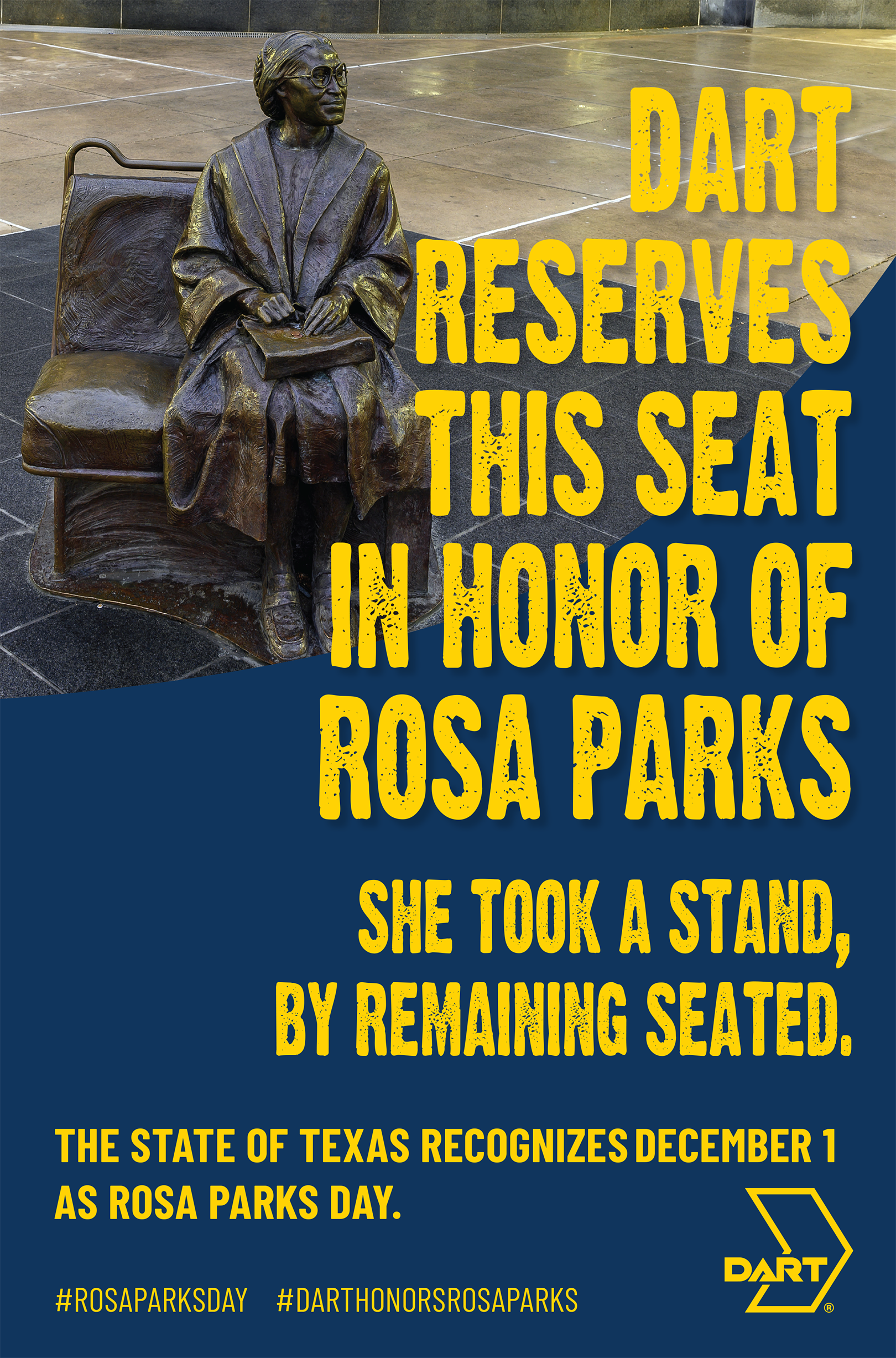 Categories : Community DART Daily News
Leave a comment
Newest on top Oldest on top
Load more comments
Thank you for the comment! Your comment must be approved first