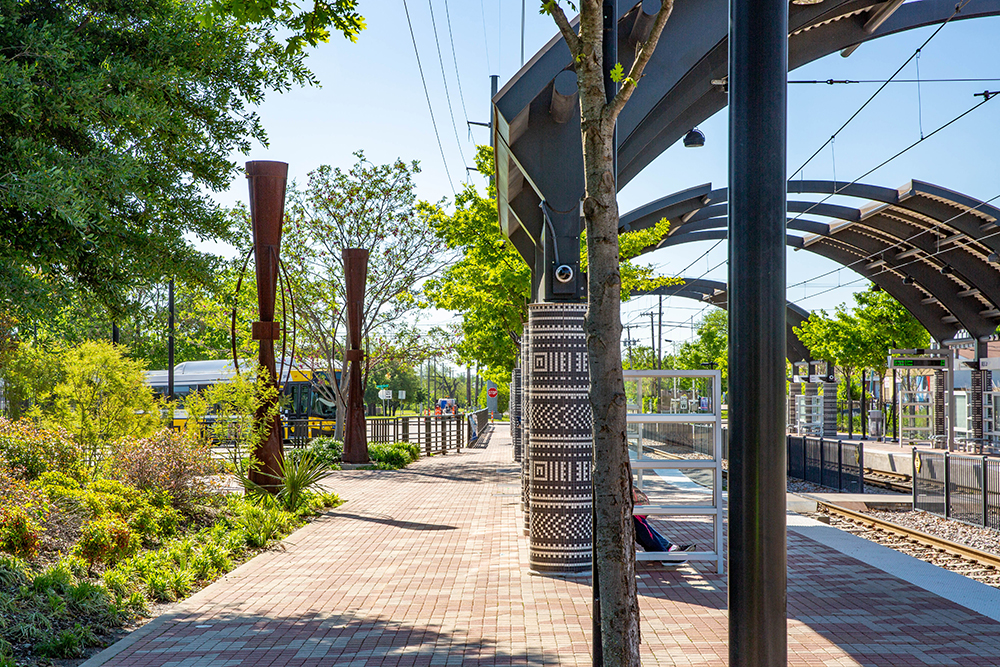 Today is an important day for our country. Martin Luther King Jr. Day is a time for us to honor Dr. King and his efforts to bring greater equality to the United States. This great civil rights leader inspired hope and optimism during a dark time in our nation’s history.

Martin Luther King Jr. Day became a national holiday in 1983 – 15 years after his death. Dr. King was committed to the principles of nonviolent resistance and believed love – not hate – would lead us to a more unified and equitable nation.

Although this significant holiday only comes around once a year, you can find that, even at a DART Rail station, King’s legacy lives on.

DART’s MLK, Jr. Station, accessible via the Green Line, features scenes of another place and time. The windscreens showcase images from local photographer R.C. Hickman and highlight people and events of Southern Dallas during the civil rights era.

Sculptor Steve Teeters created two 17-foot African "Talking Drums," which you’ll notice as you leave the train station and head toward the “Walk of Respect” pathway that leads you to the adjacent J.B. Jackson, Jr. Transit Center.

As the station’s artwork communicates a theme of passing ideas from one generation to the next, it connects you to the ideas and legacy of Martin Luther King, Jr., which live on today.