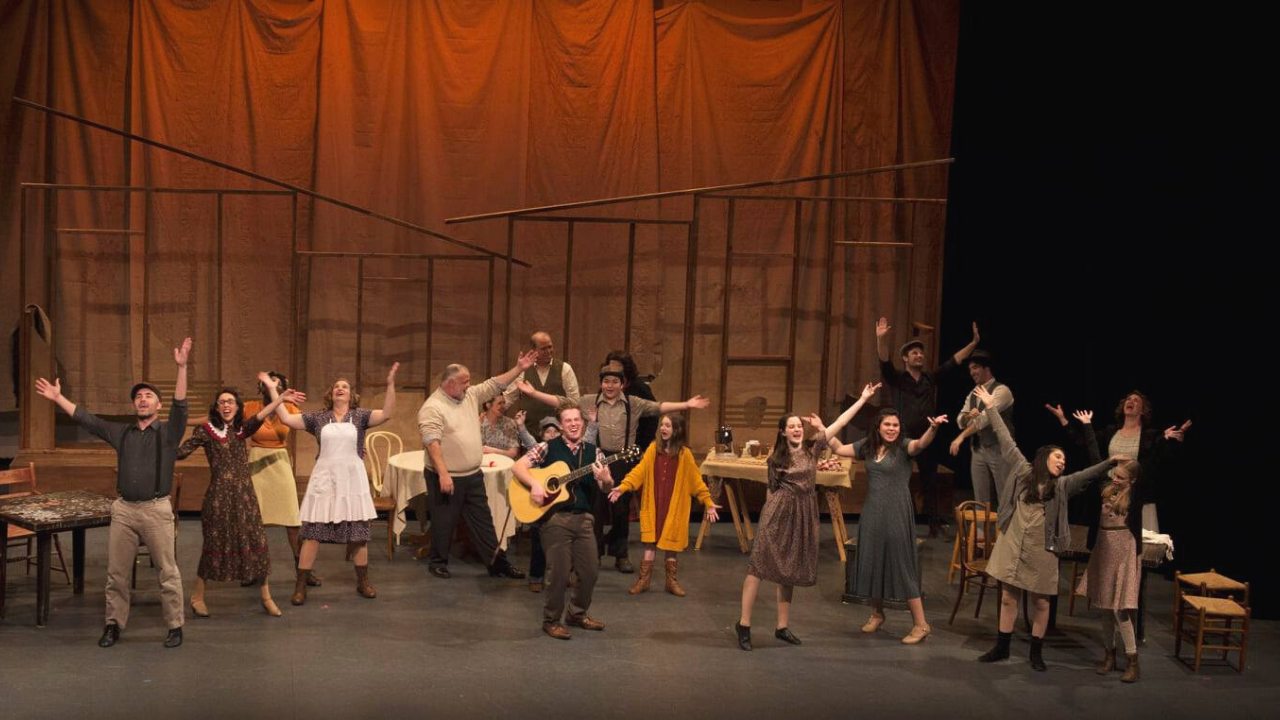 If catching more performing arts was one of your New Year’s resolutions, you’re in luck this weekend. You can see ballets, musicals, murder mysteries and comedy throughout North Texas, and DART will take you right to them.

Plano Metropolitan Ballet presents Aladdin,  the familiar story of mystery, an sets it to thrilling, original choreography. There are multiple performances between Jan. 7 through Jan. 22. Catch it at the Courtyard Theater, just across Haggard Park from Downtown Plano Station on the Red Line.

Hope in the Heartland is an entire musical in the bluegrass style that is funny, fast-paced and heartfelt. The show features 22 original songs, plenty of dancing, and an original script about the hardships of a family during the Depression. The opening act, Sgt. Pepper’s Lonely Bluegrass Band, plays the music of the Fab Four in bluegrass arrangements. The show plays Friday and Saturday, Jan. 7-8, at the Granville Arts Center, right next to the Blue Line’s Downtown Garland Station.

Prime Time for Murder! takes place in an early-50s television studio, where the program “Mystery Theater”is broadcast live. Detective Harry Hunsacker are consultants to the show, but when real murders start unfolding, the duo springs into action. The production by Pegasus Theatre runs through Jan. 16 at the Richardson's Eiseman Center for Performing Arts, across the plaza from Galatyn Park Station on the Red Line.

Dallas Comedy Club is a local gem that’s located only two blocks from Baylor University Medical Center Station on the Green Line. On Sunday, you’ll find numerous events. Highlights: From noon-2 p.m., Family Funny is a family-friendly afternoon of activities and shows. And at 5:30 p.m., the venue’s weekly open mic night is a chance to catch up-and-coming talents or even test your own. There are other events, as well; check the website for details.

Categories : Community DART Daily Theater / Dance
Leave a comment
Newest on top Oldest on top
Load more comments
Thank you for the comment! Your comment must be approved first

Celebrate Juneteenth at Events in the DART Service Area