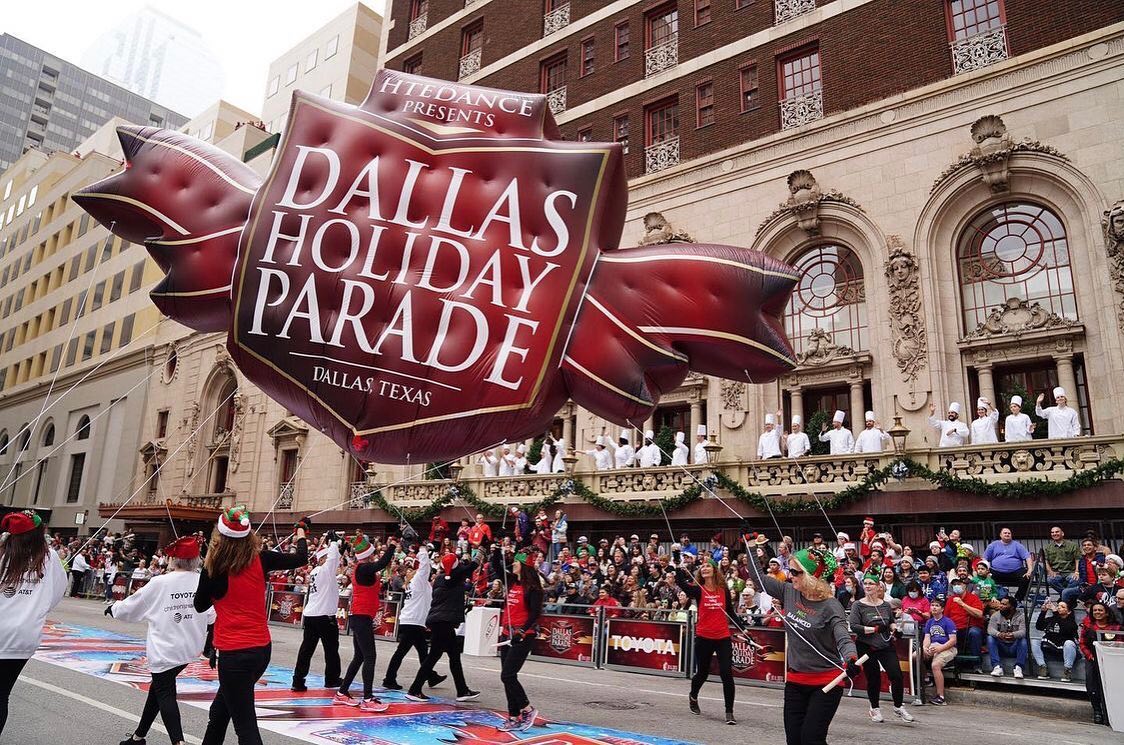 The holidays arrive in full force this weekend, and DART can take you to a dazzling array of tree lightings, parades, and seasonal festivities. Jump in and check out the DARTable holiday events.

A Blue Suede Christmas finds the Vocal Majority’s annual holiday extravaganza in a Vegas mood. For the first act, at least, the show is all about the glitzy entertainment capital, complete with “appearances” from famous Vegas icons. The second act features a more traditional program, with beloved Christmas songs that will put you in the spirit. See the show at the Eisemann Center, just across the plaza from the Red Line’s Galatyn Park Station.

Jesus Christ Superstar is an iconic rock opera and one of the first outings for the celebrated pair of Andrew Lloyd Webber and Tim Rice. You surely know the story, and probably many of the songs, as well. Catch the legendary musical through Dec. 11 at WaterTower Theatre, a short walk from Addison Transit Center, served by numerous bus routes.

The Beauty and the Beast centers around Belle, who is a young woman, and – well – the Beast, who is a beast. Except that he’s really a prince. Can he be transformed back again? Catch the musical version of the Disney classic at The Firehouse Theatre through Dec. 18. The venue is a short walk from the Green Line’s Farmers Branch Station. 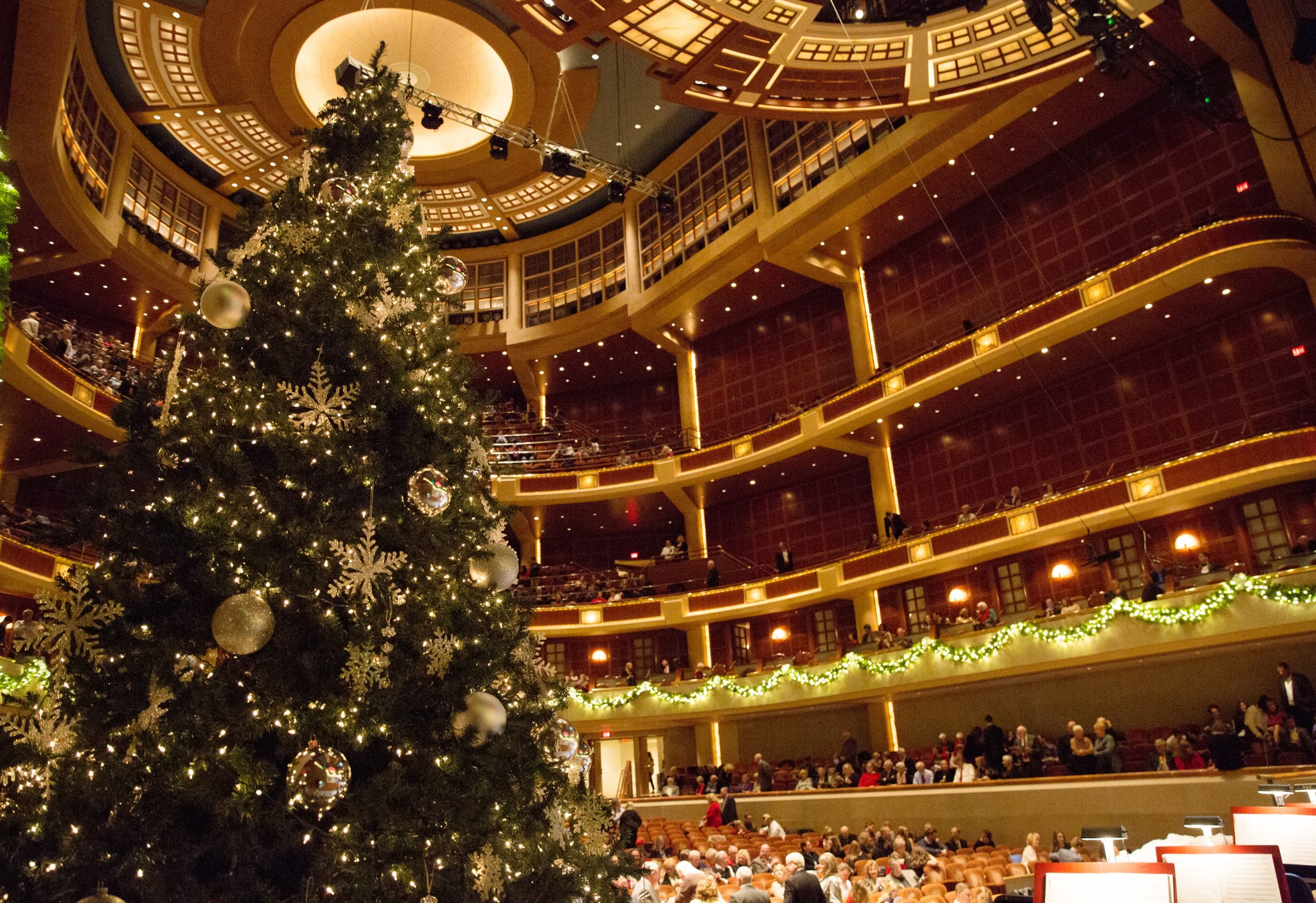 There’s a whole Santa sack full of tree lightings, celebrations and other seasonal events going on today – including the big parade in downtown Dallas. With DART Rail serving all of these, you could even use light rail to hop from one event to another.

Dickens in Downtown Plano brings the magic of Christmases past to life. Today, the Downtown Plano Arts District becomes a wonderland with carolers, a visit from Santa and a tree lighting in Haggard Park. Step off the Red Line train at Downtown Plano Station and step back in time.

Klyde Warren Park Holiday Show & Tree Lighting is an entertaining event that includes photos with Santa. The grand finale is the tree lighting – a dazzling spectacle in the glow of the Dallas skyline. The event is from 3-6 p.m and it’s a short walk from St. Paul Station on all four DART Rail lines.

Village of Rowlett Downtown Main Street Fest & Holiday Parade gets you in the spirit with music, dance and festive floats. The fun happens from 5-8 p.m. Catch the event near Downtown Rowlett Station on the Blue Line.

Irving Holidays at Heritage kicks off today with a nighttime parade through downtown Irving, followed by the city’s annual tree lighting ceremony. The festivities start at 6 p.m. All the way through Dec. 17, you’ll find free family events every Friday and Saturday. The celebration is a short walk from Downtown Irving/Heritage Crossing Station on the Trinity Railway Express (TRE). 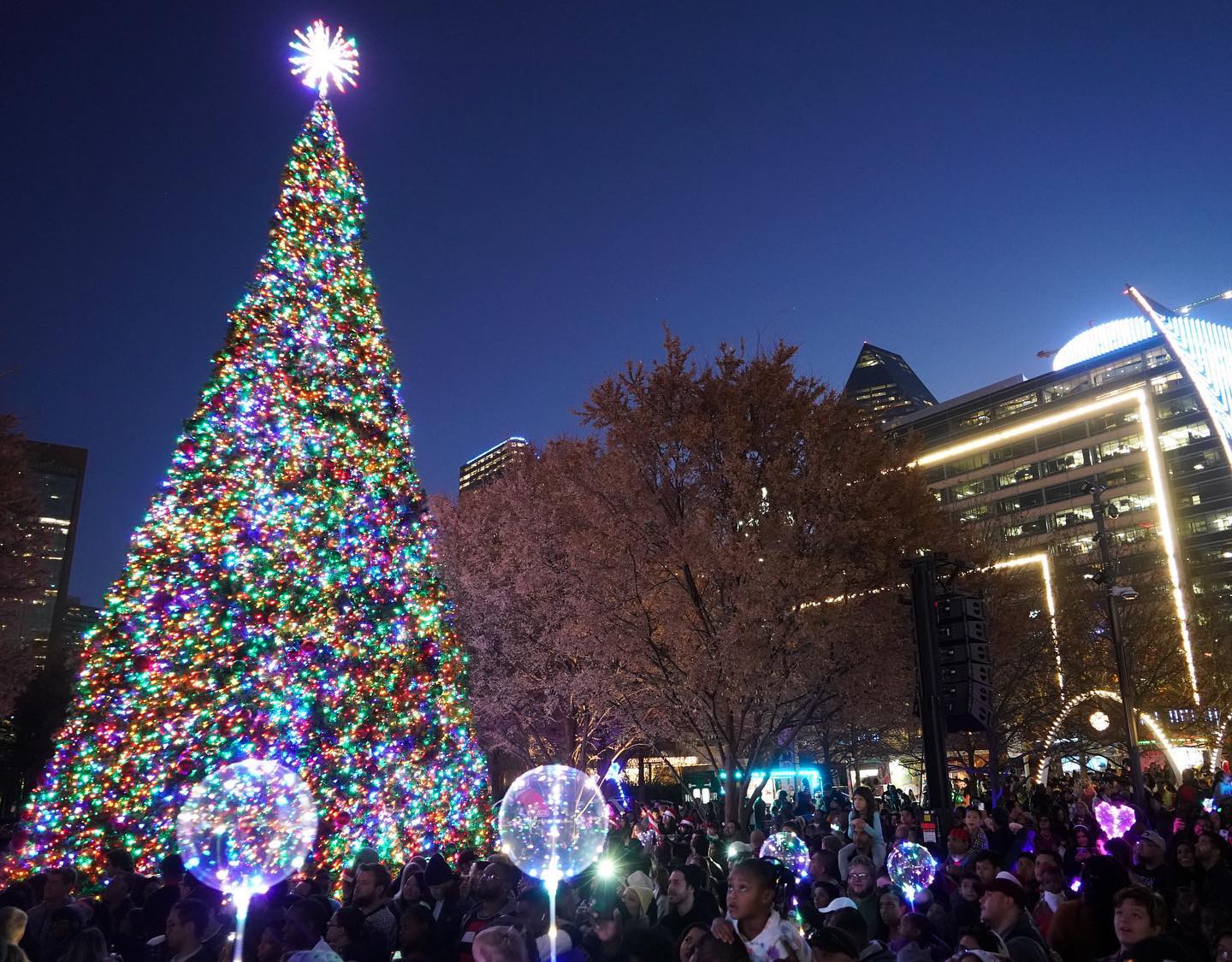 Klyde Warren Park Holiday Show & Tree Lighting features photos with Santa, story time with Mrs. Claus, face painting, crafts, games, and snow flurries. The day culminates with live performances of holiday music, visits from Frosty and Rudolph, and the big event: Dallas Mayor Eric Johnson joins Santa for the lighting of “The Mayor’s Tree,” a 48-foot-tall tree weighing nearly 5,000 pounds. No telling how he managed to strap it to the roof of his car, but it will be on display through Jan. 9. The park is walkable from St. Paul Station on all four DART Rail lines. You can also get there via the M-Line Trolley.

Toyota Dallas Holiday Parade is the city’s largest one-day, outdoor event and has become a holiday tradition for thousands of families throughout North Texas. The show stopping parade takes place on Commerce, Harwood and Young streets. Access it via Union Station on the Red and Blue lines, plus the Trinity Railway Express; or West End, Akard and St. Paul stations, each on all four DART Rail lines. 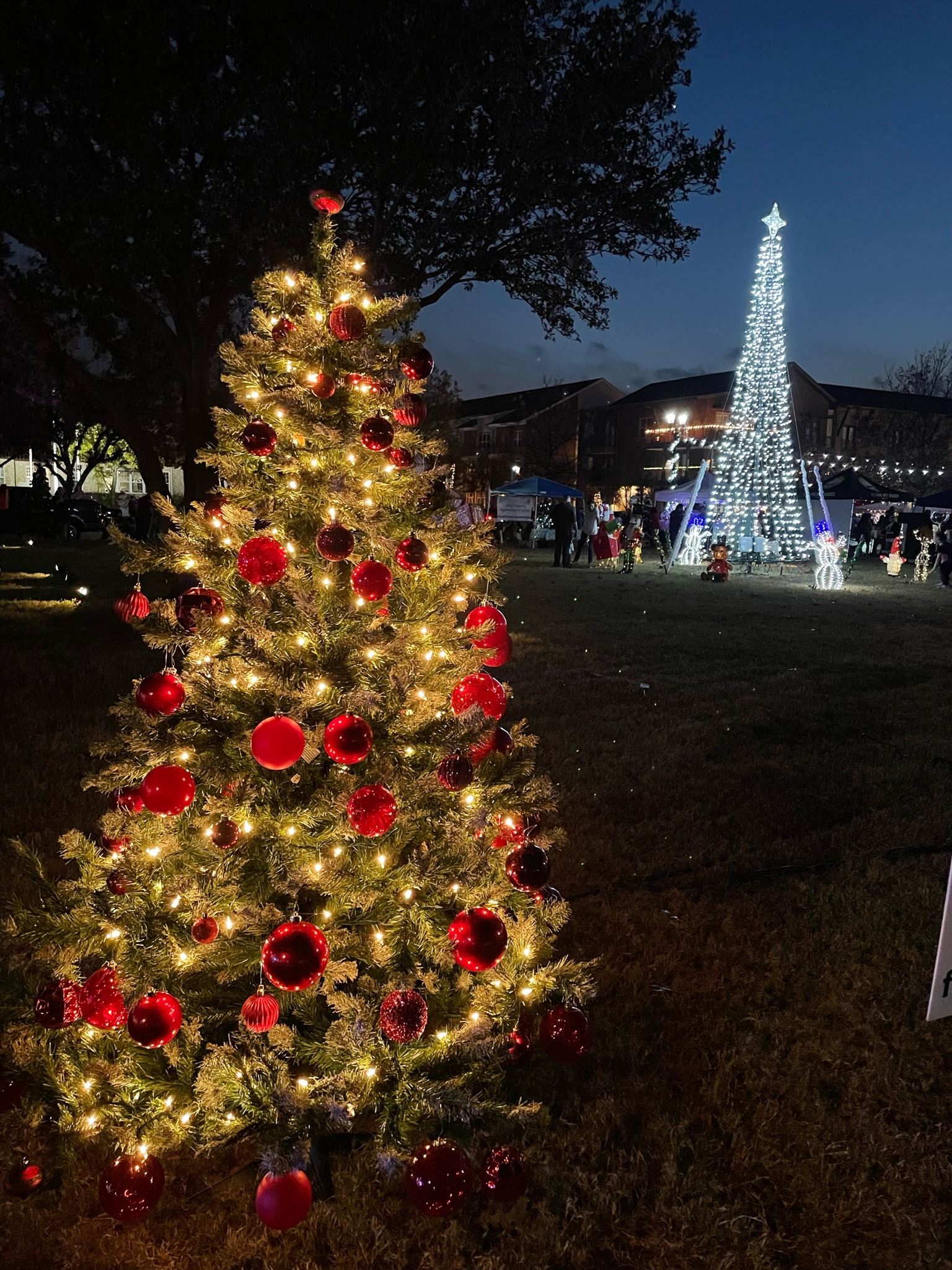 Main St. Fest & Holiday Parade promises a night full of seasonal fun in Downtown Rowlett. In addition to the parade, there will be a tree lighting and lots of other holiday stuff. The event takes place at the Village of Rowlett Downtown, a short walk from the Blue Line’s Downtown Rowlett Station.