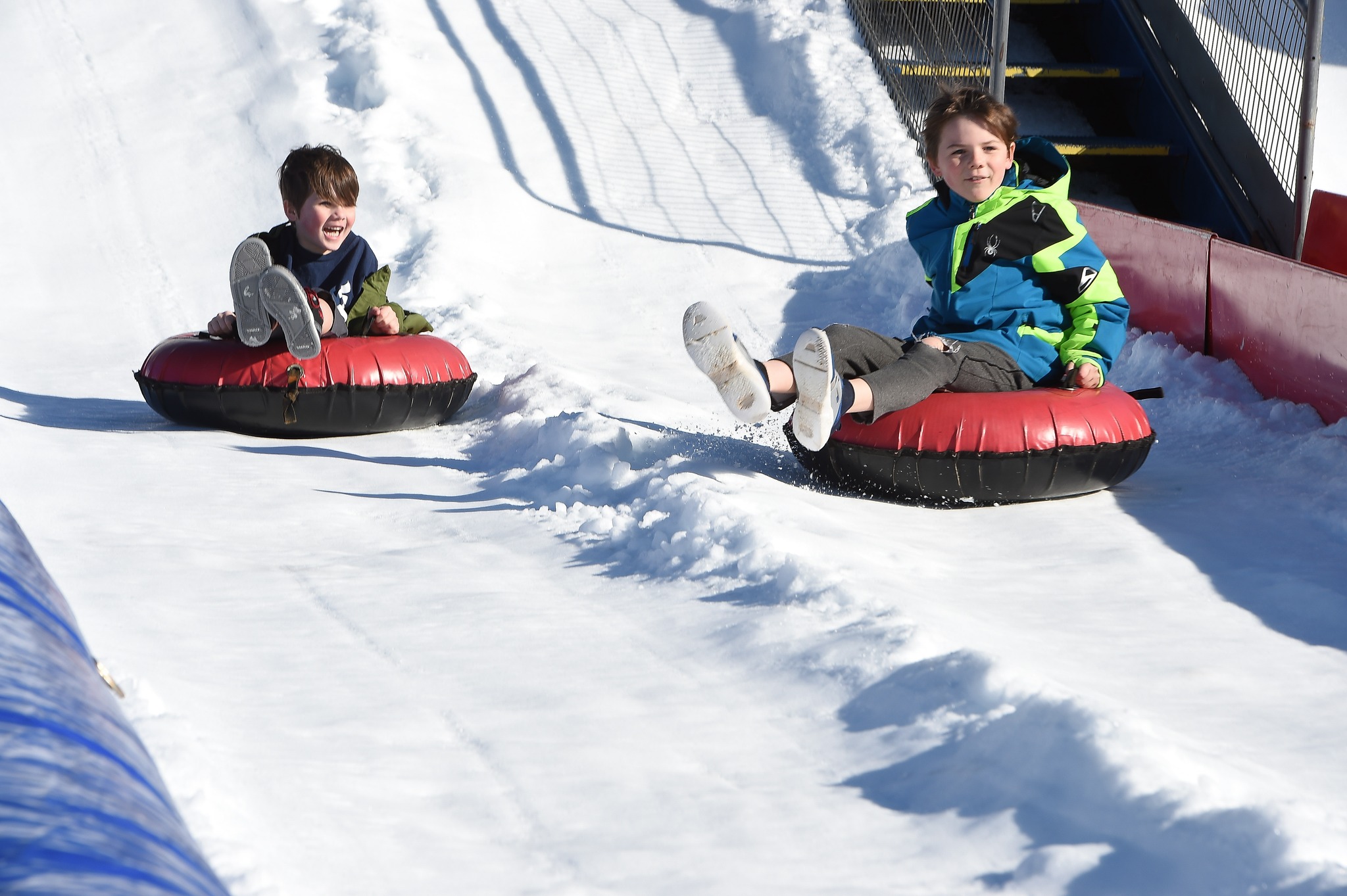 Frost Fest - Photo Courtesy of Irving Parks and Recreation
Posted on Feb 17, 2022 by DART Daily
Seven bohemian artists, a bad bunny and Mozart are all on the itinerary this weekend – as well as a celebration of all things wintry and an early peek at spring. You can get to it all on DART. Read on to find out about this week’s DARTable happenings.

Ragtime, the musical based on E.L. Doctorow’s novel, takes on weighty themes like wealth and poverty, freedom and prejudice, and hope and despair. This performance includes a 19-piece orchestra. Catch the show at the Majestic Theatre, a few blocks from St. Paul Station on all four DART Rail lines.

Rent reimagines Puccini’s La Bohème, following a year in the lives of seven struggling artists. The ever-popular musical is playing at the Music Hall at Fair Park, a short walk from the Green Line’s Fair Park Station.

Bad Bunny is a popular Puerto Rican Latin trap and reggaeton singer. Supporting his latest album, he brings his act to the American Airlines Center. You can take either the Green or the Orange line to Victory Station.

Mozart con Amore is a series featuring the Garland Symphony Orchestra. This iteration features pianist Raúl Canosa. The program includes Mozart's Overture to Idomeneo, Saint-Saens' Piano Concerto No. 2, and Mendelssohn's Symphony No. 3. The performance is at the Granville Arts Center, right next to the Blue Line’s Downtown Garland Station.

Frost Fest brings wintry fun to Irving. The free festival features lots of fluffy snow, as well as snow-tubing hills, an ice-carving demonstration, a petting zoo, food vendors and lots more. Catch all the fun at Levy Event Plaza, a short walk from the Las Colionas Urban Center Station on the Orange Line.

Las Sillas is a Spanish version of Eugène Ionesco’s The Chairs presented by Teatro Gotico from Mexico City and starring Cora Cardona, founder of Teatro Dallas. An aging couple plays nightly games that become a metaphor for the struggle between powerful states and global citizens. Part of Teatro Dallas’ International Performance Festival, the play is being staged at the Latino Cultural Center, a short walk from the Green Line’s Deep Ellum Station.

Dallas Blooms: Birds in Paradise is in its first weekend at the Dallas Arboretum and Botanical Garden. The largest annual floral festival in the Southwest, the festival features larger-than-life peacock topiaries along with more than 500,000 spring blooming bulbs, thousands of azaleas and hundreds of Japanese cherry trees. You can see the magnificent display through April 10. To get there, take Bus Route 214, departing from EBJ Union Station. That’s on the Red and Blue lines, as well as the Trinity Railway Express (TRE).