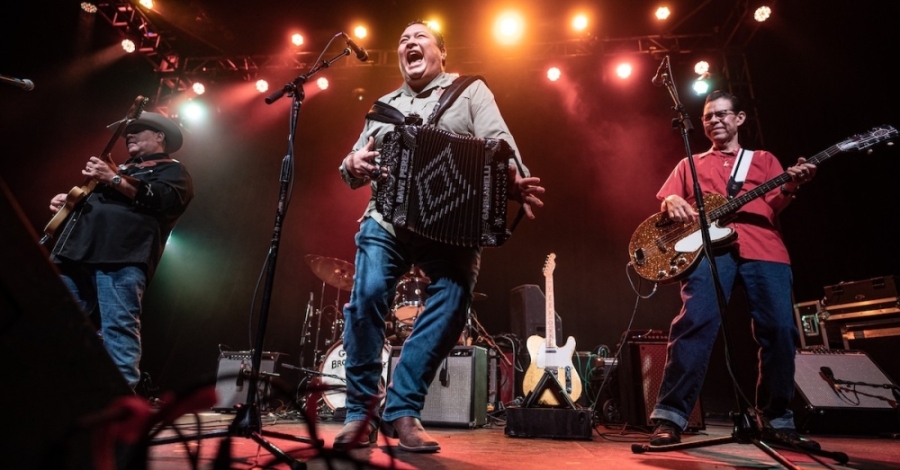 Performances and festivals are in profusion on this warm spring weekend. And DART takes you right to the action. Check out this week’s offerings.

John Mulaney has an A-list comedy pedigree – Saturday Night Live writer, star of his own TV show, a stint on Broadway – which is probably why he plays the big rooms. Tonight he brings his From Scratch tour to the American Airlines Center. You can take the Green or Orange lines or the Trinity Railway Express (TRE) to Victory Station.

Jesse & Joy is a brother-and-sister pop duo from Mexico with five albums and a Grammy under their belt. They’re in Irving tonight supporting their most recent effort, Aire (Versión Día). Catch the Orange Line to Irving Convention Center Station; The Pavilion at Toyota Music Factory is a short walk away.

Texas Forever Fest features the food, art, and colorful people of everyone’s favorite state. Well, our favorite state, anyway. The event has Western-style entertainment and vendors, plenty of Texas food (including a barbecue cook-off) and lots more. Of course, you can’t celebrate Texas without live music, and there will be performances by The Tejas Brothers, George Dunham with Pat Green, Texas Flood and many others. The festival happens in Plano’s Haggard Park, directly adjacent to the Red Line’s Downtown Plano Station.

The Big Texas Beer Fest is one of the Southwest’s largest beer events, featuring over 450 beers and other libations from more than 100 breweries. You’ll also find lots of local food trucks, vendors, and live music. For those who put the “nerd” in “beer nerd,” there’s Arcade Alley, featuring all the coolest vintage arcade games. The fun event is at the Fair Park Automobile Building. To get there, take the Green Line to Fair Park Station.

Rare Earth; The Art and Science of Chinese Stones opens today at the Crow Museum of Asian Art. The exhibition explores the different ways that Chinese and Western cultures have celebrated the beauty of natural stones. Works of Chinese art from the Crow Museum’s permanent collection are paired with connoisseur-level samples of raw minerals from China. The museum is in the heart of the Dallas Arts District, a few blocks from St. Paul Station on all four DART Rail lines.

Dancing Beyond Borders is the latest installment from the amazing Dallas Black Dance Theatre. See three original pieces – Opaque, Nineteenth and Some Moon for Love – at the Eisemann Center for Performing Arts in Richardson. The venue is just across the plaza from Galatyn Park Station on the Red Line.

The Sound of Music is the Dallas Theater Center’s production of a musical theater classic. The governess for an Austrian military captain’s seven children brings joy and music to the household – but as the forces of Nazism encroach on the country, Maria and the von Trapp family must make difficult decisions. See the show at the Wyly Theatre through April 24. The theater is a few blocks from Pearl/Arts District Station on all four DART Rail lines.