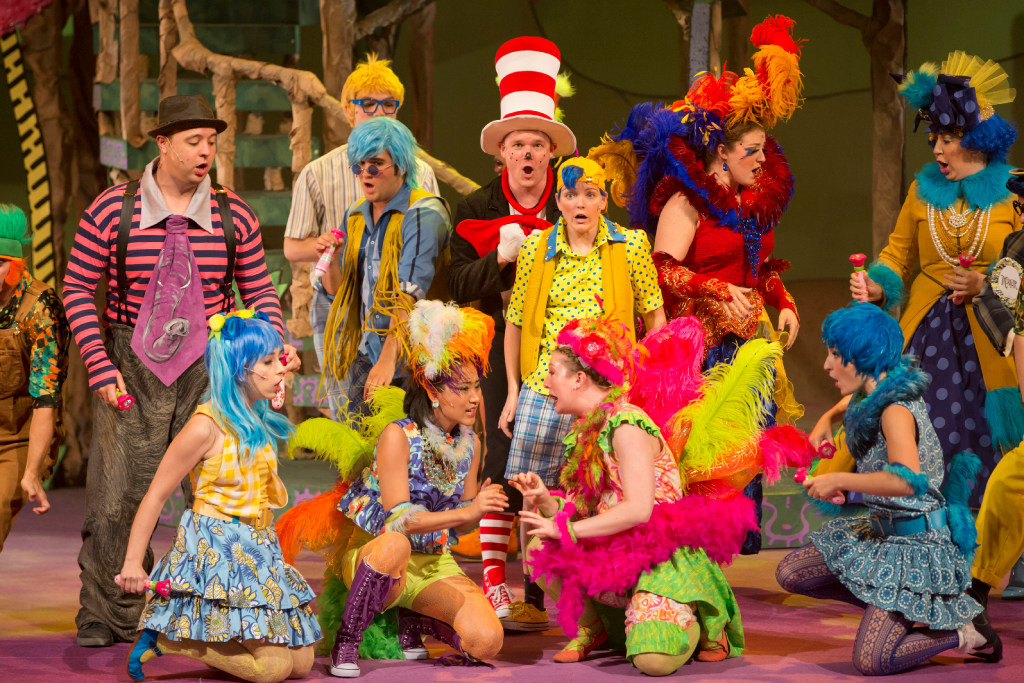 Seussical the Musical at Plano Courtyard Theater
Posted on Jul 15, 2021 by DART Daily
Just in time for the sizzling temperatures, the local live-theater scene is heating things up with cool new shows that you can enjoy away from the elements.

There’s other stuff to do, too, and it’s all DARTable. Check it out:

Seussical the Musical is a family-oriented production at Plano’s Courtyard Theater. The Cat in the Hat narrates, and along the way, many favorite Dr. Seuss characters make an appearance. Horton the Elephant and the tiny denizens of Whoville figure prominently in the plot. The venue is just across Haggard Park from the Red Line’s Downtown Plano Station.

The Curious Incident of the Dog in the Night-time is WaterTower Theatre’s presentation of the 2015 Tony Award for Best Play winner. The play concerns an extraordinary teenager who is falsely accused of killing his neighbor’s dog, and resolves to solve the mystery himself. The theater is a short walk from Addison Transit Center, served by numerous bus routes.

The World Goes Round: The Music of Kander & Ebb features classic Broadway tunes from the songwriting duo – including numbers from Chicago, Cabaret and more. Many songs were popularized by the likes of Barbra Streisand and Liza Minelli. See the revue at Garland’s Plaza Theatre, a classic in its own right. You’ll find it a few blocks from Downtown Garland Station on the Blue Line.

Roald Dahl's Matilda the Musicaltakes its cues from the writings of Roald Dahl. The inspiring, Tony Award-winning play follows a young girl who makes a stand, and it’s chock-full of spectacular dance numbers. Catch it at The Firehouse Theater, located a short walk from Farmers Branch Station on the Green Line.

The NERF Challenge lets you participate in various competitions using what is billed as “the latest in NERF technology.” With events such as the Dodge Blast, the Vortex Throw and the Try-Athalon Ninja Style Circuit Course, it’s bound to be a one-of-a-kind experience at Fair Park’s Centennial Hall. To get there, take the Green Line to Fair Park Station.

Rainbow Vomit presents its latest immersive art and interactive photography experience featuring LEDs, balloons, cotton, and a life-sized unicorn to create unique and beautiful environments. The surreal space near Fair Park is open from noon-9 p.m. Thursdays through Mondays; get your tickets in advance before going. The venue is on Parry Avenue, about two blocks from Fair Park Station on the Green Line.

Categories : Community Theater / Dance
Leave a comment
Newest on top Oldest on top
Load more comments
Thank you for the comment! Your comment must be approved first