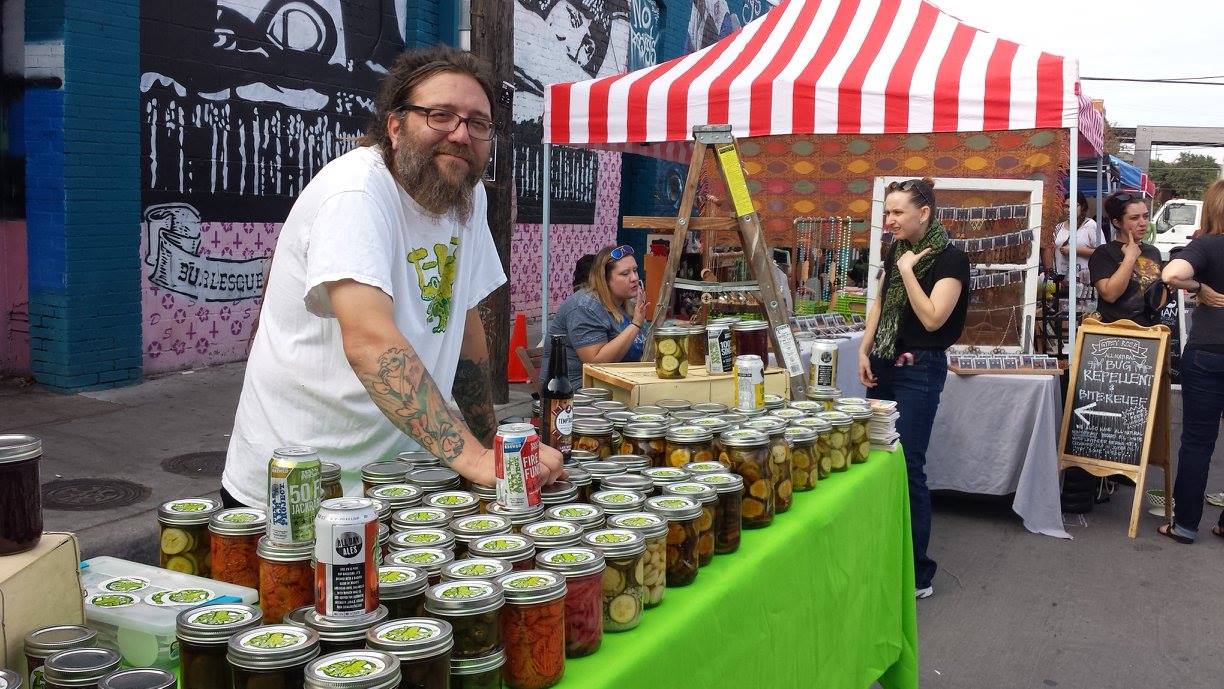 This weekend: an outdoor market, performances about the hardships of Victorian life, and cinematic electronic violin music. Yep, you read that right. It’s all DARTable, too. Read on to find out more.

Committed: Mad Women of the Asylum is an immersive performance presented by Cry Havoc. Based on real-life tales of women in a Victorian asylum, the production is a “choose your own adventure” (so to speak) affair. The audience moves about freely, choosing what to see and hear. The show happens in the basement art gallery of South Side on Lamar, a couple of blocks from Cedars Station on the Red and Blue lines. The performance runs through Aug. 1

Lindsey Stirling is many things: respected electronic music artist, violinist, and dancer. Her brand of music, billed as “cinematic violin-driven electronica,” comes to Irving Friday night. Catch her at the Pavilion at Toyota Music Factory, a short walk from Irving Convention Center Station on the Orange Line.

Newsies is set in turn-of-the century New York City, where the leader of a group of teenage newsboys rallies his fellow “newsies” to protest unfair conditions. You can see it through Aug. 1 at the Courtyard Theater, right across Haggard Park from the Red Line’s Downtown Plano Station.

The Deep Ellum Outdoor Market is a weekly event with more than 40 artists and vendors – and, of course, it wouldn’t be Deep Ellum without live music and other creative stuff. The market starts at noon at Crowdus and Elm streets, right around the corner from Baylor University Medical Center Station on the Green Line.

Christmas In July, the Dallas Children’s Advocacy Center’s annual toy drive, supports the Holiday of Hope program. The event features treats, Christmas-themed crafts, and door prizes for those who bring a new toy donation. Here’s another reason to go: It happens at one of the region’s coolest breweries. Bring a donation and you get a free beer. 3 Nations Brewing is on the southern edge of Historic Downtown Carrollton, an easy walk from the Green Line’s Downtown Carrollton Station.

9 to 5: The Musical tells the story of the hit 1980 movie through the music of Dolly Parton. Three friends in a late 1970s office setting get their revenge on The Man. Today is the funny,  toe-tapping production’s last performance at Granville Arts Center, right next to Downtown Garland Station on the Blue Line.

Save Big at the State Fair