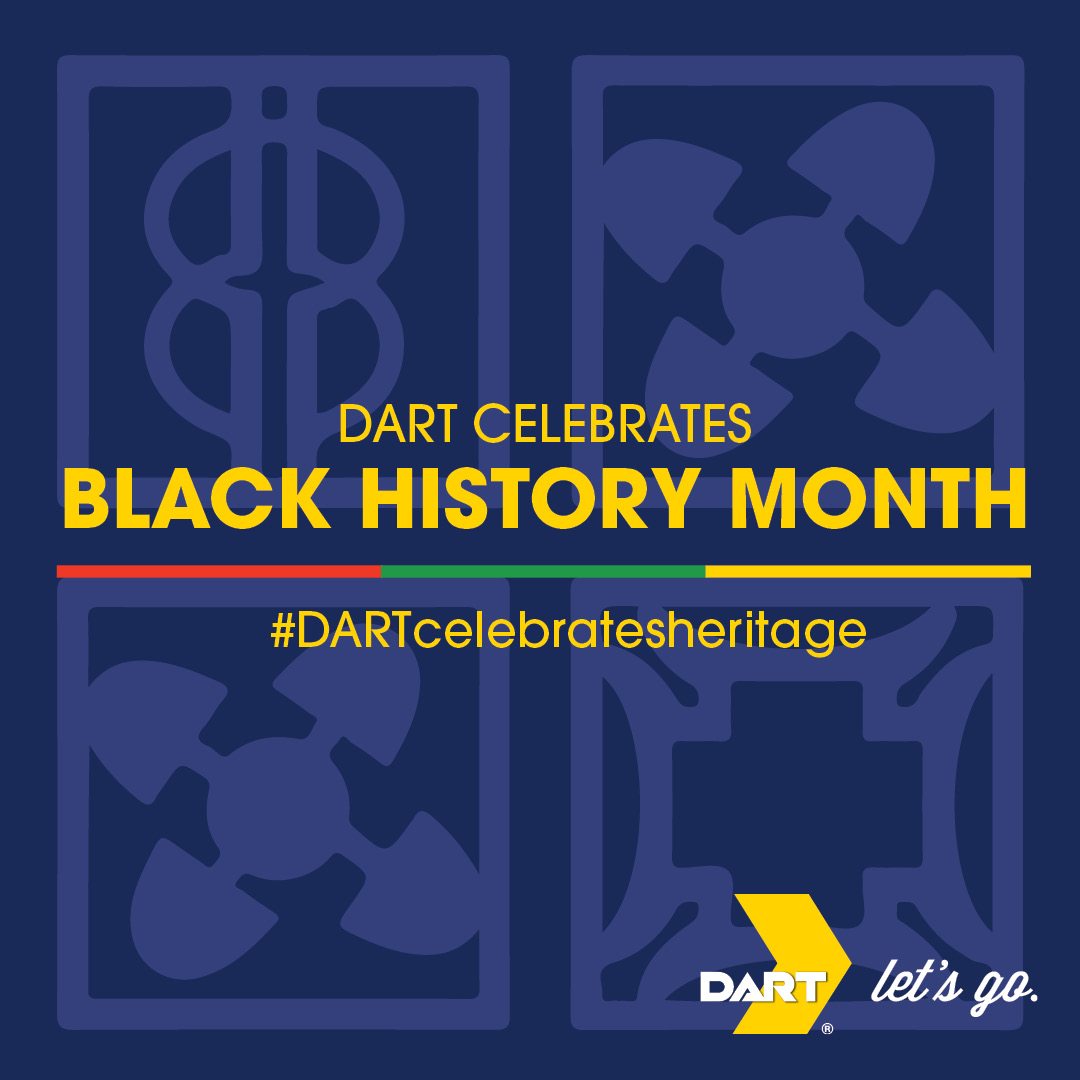 In honor of Black History Month, DART invites you to explore DARTable destinations that explore the cultural history of African Americans and Black Americans, and their contributions to society. Learn more about Black History Month online at BlackHistoryMonth.gov

The African American Museum of Dallas is the only institution of its kind in the Southwest, with one of the largest African American folk art collections in the country. This year, the venerable institution celebrates Black History Month with a virtual festival. The theme is Black Health and Wellness, and there will be two panel discussions – one that explores the historical exploitation of African Americans in the medical field, and another that discusses the health and well-being of Black athletes, particularly in the NFL.

At the museum itself, you can catch a trio of exhibits focusing on African American politicians, community leaders, and entertainers; the impact of black high school sports in Texas; and the photographs of Dallas photographer George Fuller. The museum is just steps from the Green Line’s Fair Park Station.

The Henry B. Tippie National Aviation Education Center, located at the Dallas Executive Airport, shows a short film every half hour highlighting the saga of the Tuskegee Airmen, a group of Black pilots who fought valiantly in World War II. There also is an exhibit dedicated to the life of Brigadier General Charles McGee, one of the first African American aviators in the United States military and one of the last living members of the Tuskegee Airmen. The center is located at 5657 Mariner Drive, Dallas. You can get there on Bus Route 101.

Remembering Black Dallas, Inc. is hosting several tours and live presentations throughout February, including a pair of fascinating bus tours that take you to important historical sites in Far North Dallas and Freedman Town. The institution is at 1408 N. Washington Ave., served by Bus Route 207. Check the website for tour details.

The AT&T Discovery District presents the Dream in Black showcase, an exhibit featuring Georgie Nakima’s artwork. The artist pays homage to the black diaspora while also highlighting the beauty and diversity of nature. The showcase is in the lobby of AT&T Headquarters, at the corner of Akard and Commerce streets, a few blocks from Akard Station on all four DART Rail lines.

Journey to Joy is a Black History Month exhibit featuring 18 local artists at Garland’s Granville Arts Center. The venue is right next to the Blue Line’s Downtown Garland Station.

The Irving Black Arts Council has a visual arts exhibit, “Art Uninterrupted,” that highlights six artists through Feb. 26. See their work in the main gallery of the Irving Arts Center at 3333 N. MacArthur Blvd. The venue is served by Bus Route 227.