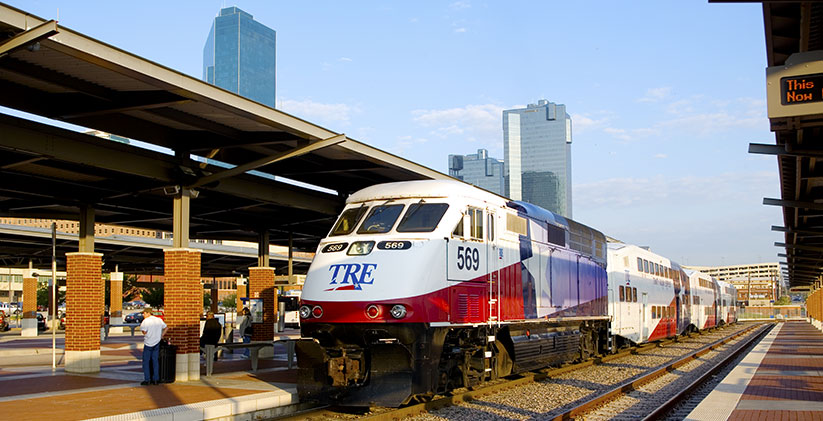 A Trinity Railway Express commuter train sits parked at Fort Worth Central Station in Fort Worth, Texas.
Posted on Dec 30, 2020 by DART Daily

Happy anniversary to the Trinity Railway Express! The TRE was established by an interlocal agreement between DART and Trinity Metro in Fort Worth. The commuter rail took to the tracks Dec. 30, 1996. Now, it connects the downtown areas of Dallas and Fort Worth, with stops in the Mid-Cities and Dallas Fort Worth International Airport.

Take a look at some of the TRE’s significant milestones:

The TRE added Saturday service to its schedule.

The TRE carried its one-millionth customer.

With the opening of the DART Rail Green Line's first phase between Victory and MLK, Jr. stations, the TRE began regularly scheduled service to Victory Station.

Learn more about the TRE at DART.org.