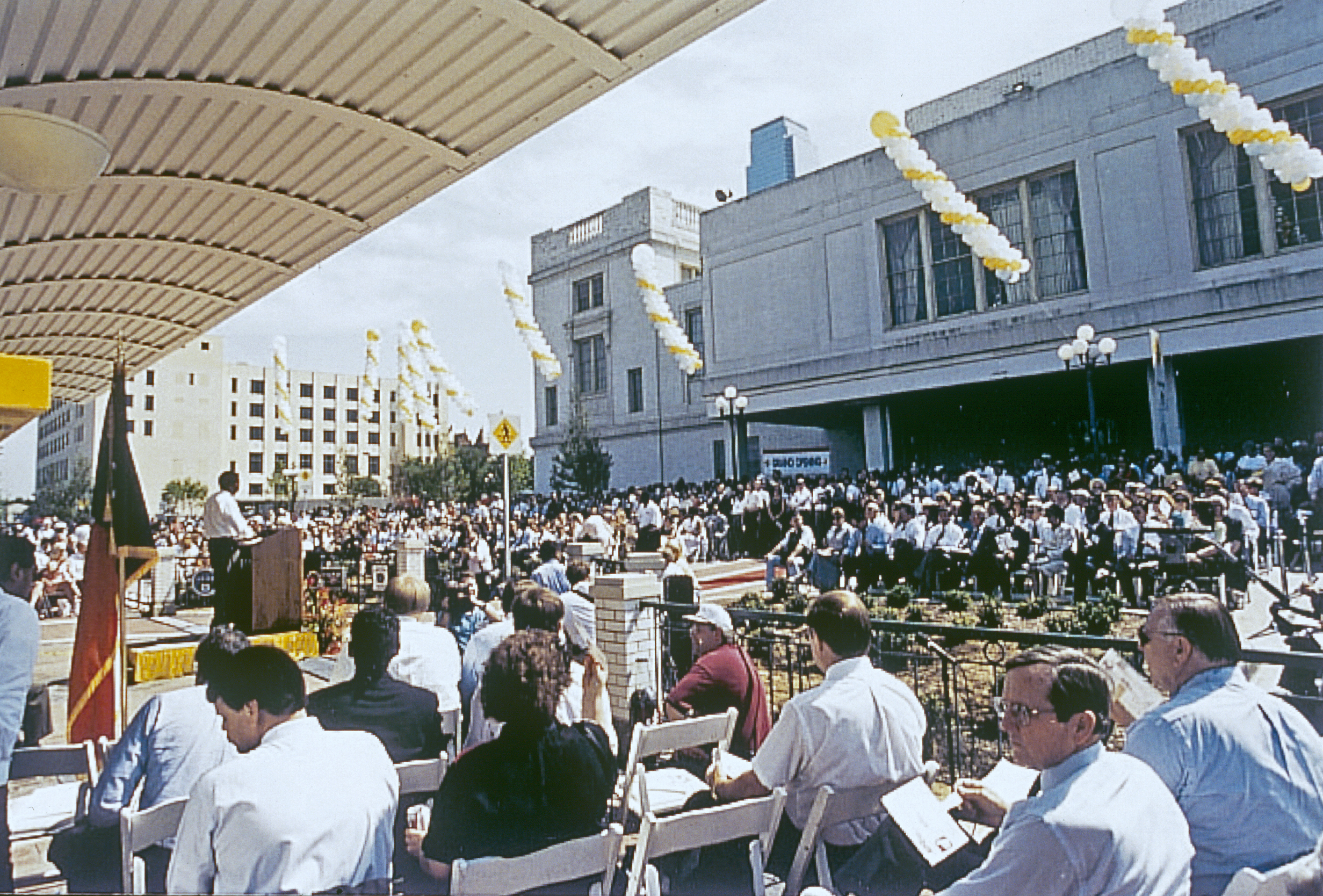 DART begins its celebration of the DART Rail 25th Anniversary with a look back on the opening day of light rail service in North Texas.

The agency opened the first 11.2 miles and 14 stations of the DART Light Rail Starter System to the public on June 14, 1996. The Red and Blue lines first served downtown Dallas and the West Oak Cliff (Red Line) and South Oak Cliff (Blue Line) sections of southern Dallas.

Local officials, visiting dignitaries, and thousands of residents from across the region weathered 100-degree heat to witness the historic DART Rail dedication ceremony at Union Station. Following the ceremony, crowds took to the tracks to be among the first riders as DART offered free rides and a downtown block party at stations throughout the central business district.

On June 15, a daylong Super Saturday celebration offered free rides from all 14 stations and parties – complete with food, music, and other entertainment – at eight stations.