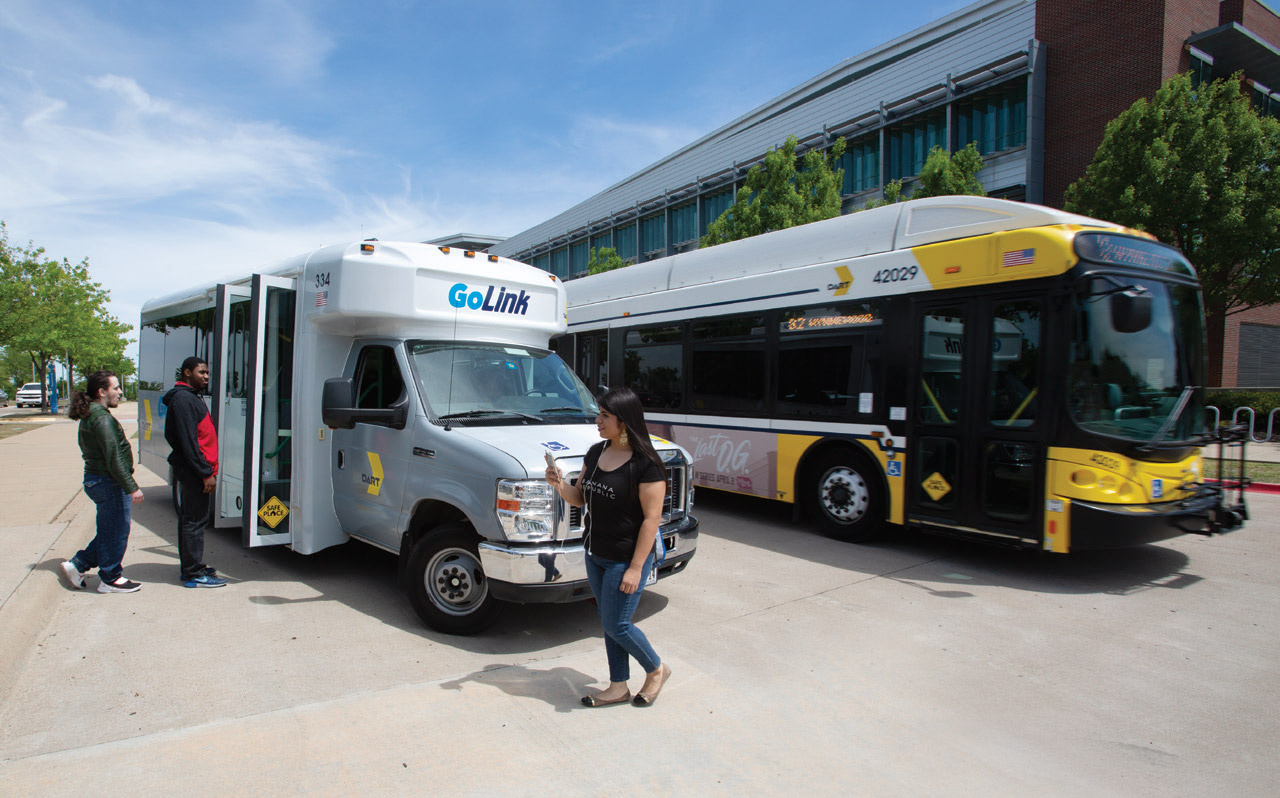 On Tuesday, May 26, the DART Board of Directors awarded a three-year contract to Uber Technologies, Inc., for ride-sharing services that supplement the agency’s successful GoLink program and provide additional capacity in 13 of the agency’s GoLink service zones.

Beginning in March 2018, DART initiated the microtransit service branded as GoLink, operated by MV Transportation, for three zones in Plano and three zones in southern Dallas.

Under the grant agreement with FTA, the microtransit service needed to include use of a shared-ride transportation network company like Uber or Lyft to supplement the GoLink service. On August 28, 2018, DART awarded a contract to Uber Technology, Inc., to provide UberPool service as a supplement to DART’s GoLink service.

UberPool began operation March 2019, and by September 2019, UberPool services expanded operations to supplement Golink in all 13 GoLink zones existing at that time.

Earlier this month, DART initiated new GoLink service in the new Western Carrollton zone through a partnership with the city of Carrollton and employer Western Extrusions. DART’s GoLink service now provides workers with safe first-mile/last-mile transportation between Downtown Carrollton Station and Western Extrusions, as well as other businesses in the Valwood Industrial Park. UberPool is currently not available in this zone. The effort is funded through a two-year agreement between DART and the North Central Texas Council of Governments (NCTCOG).

Learn more about GoLink and UberPool services at DART.org/GoLink.
Categories : Community Knowledge News
Leave a comment
Newest on top Oldest on top
Load more comments
Thank you for the comment! Your comment must be approved first