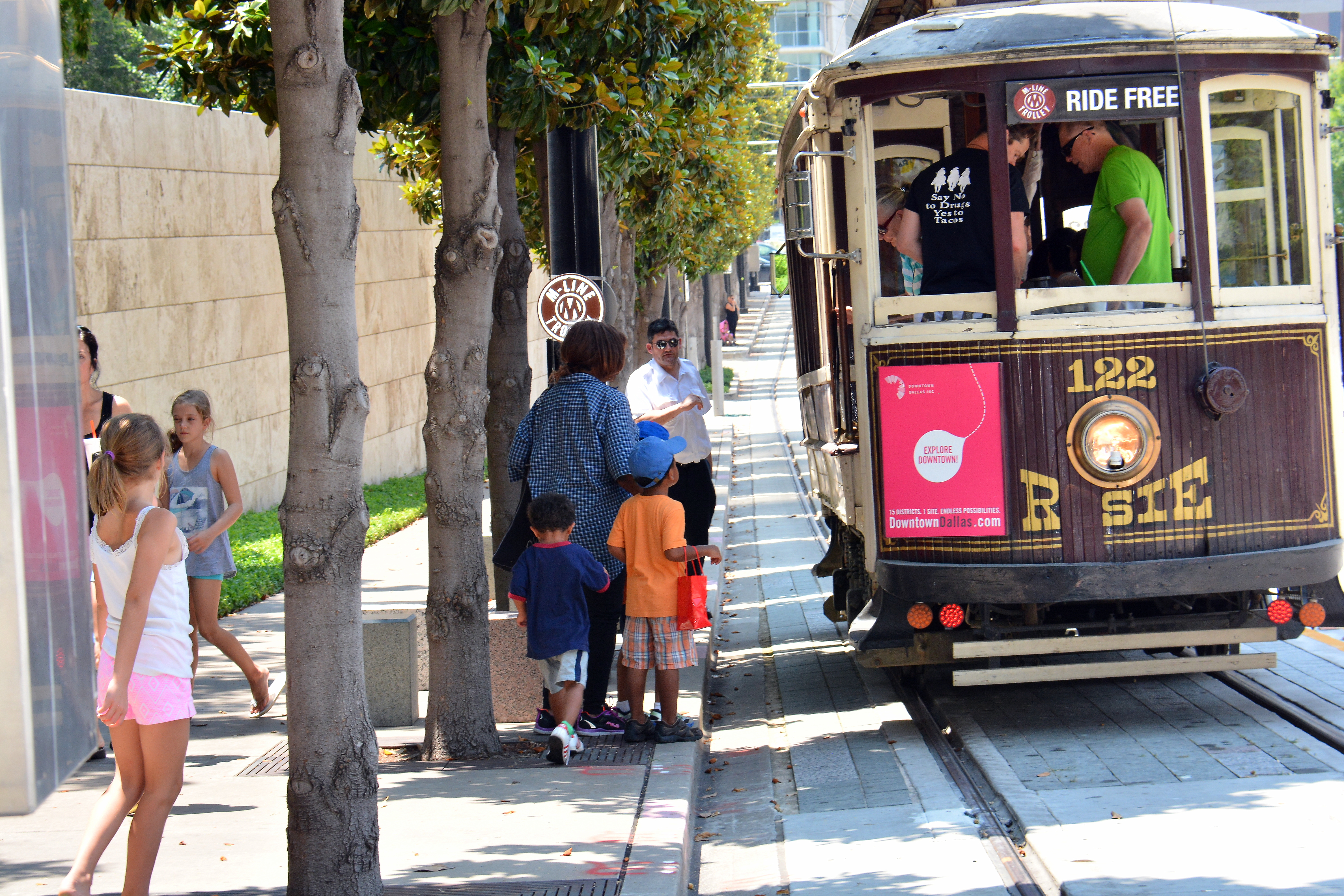 M-Line Trolley in the Dallas Arts District
Posted on Jul 19, 2021 by DART Daily

The historical streetcar service – known as the M-Line Trolley – began when work crews dug up McKinney Avenue to expose the original brick paving. In doing so, they also unearthed something unexpected: streetcar rails that were still in good shape, despite lying dormant for decades.

The discovery sparked the imaginations of restaurateur Phil Cobb, an early stakeholder in the area, and engineer Ed Landrum, a lifelong rail enthusiast. In 1983, MATA was founded to return heritage streetcars to the urban fabric of Dallas.

Within a few years, the familiar vintage trolley cars began serving the avenue, going through the heart of what is now one of Dallas’ most popular and urban neighborhoods. On July 22, 1989, the McKinney Avenue Trolley celebrated the grand opening of its 2.8-mile route. Today, the M-Line Trolley has become virtually synonymous with Uptown.

The M-Line also has expanded several times over the years, eventually reaching a total of 4.6 miles in length. The first expansion opened in 2002, extending the route north to connect to DART's Cityplace/Uptown Station, followed by the construction of a turntable in 2011. The second expansion opened in 2015, creating the southern loop in downtown Dallas that connects riders to DART's St. Paul Station.