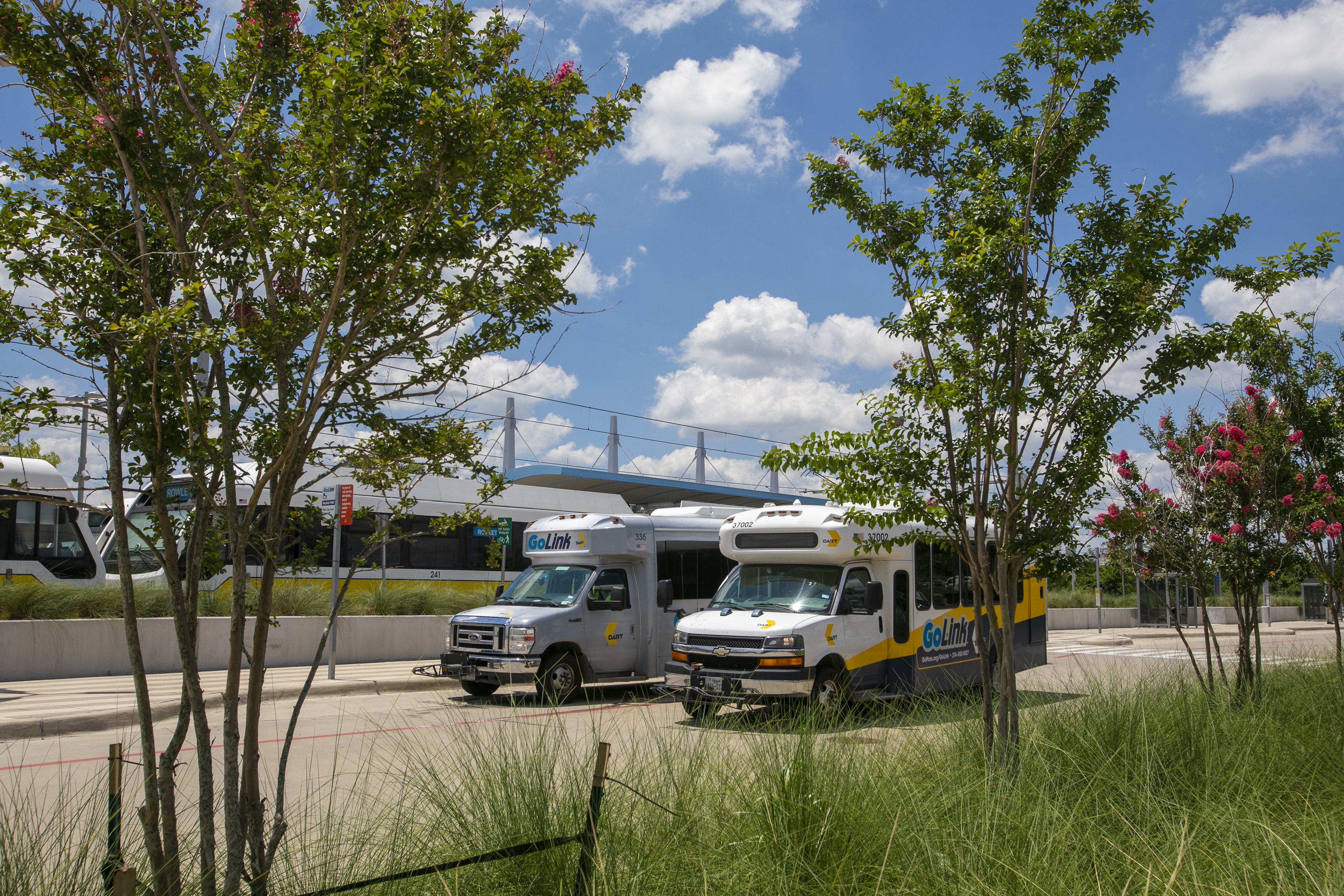 With DART’s New Bus Network going into effect on Jan. 24, 2022, you may be asking where your new bus stops will be, what routes you will ride, and how to use GoLink.

The answers to your questions will be found at  DARTzoom.org, which is the service change website for the New Bus Network. We are regularly updating the website as we have more information to share with you.

Here is a quick tutorial on the tools we have for you as of mid-November.

On the DARTzoom.org home page, go to the menu at the top of the page and click on “Find My New Route.”

Here you will find two resources to help you identify what changes are impacting your transit trips: 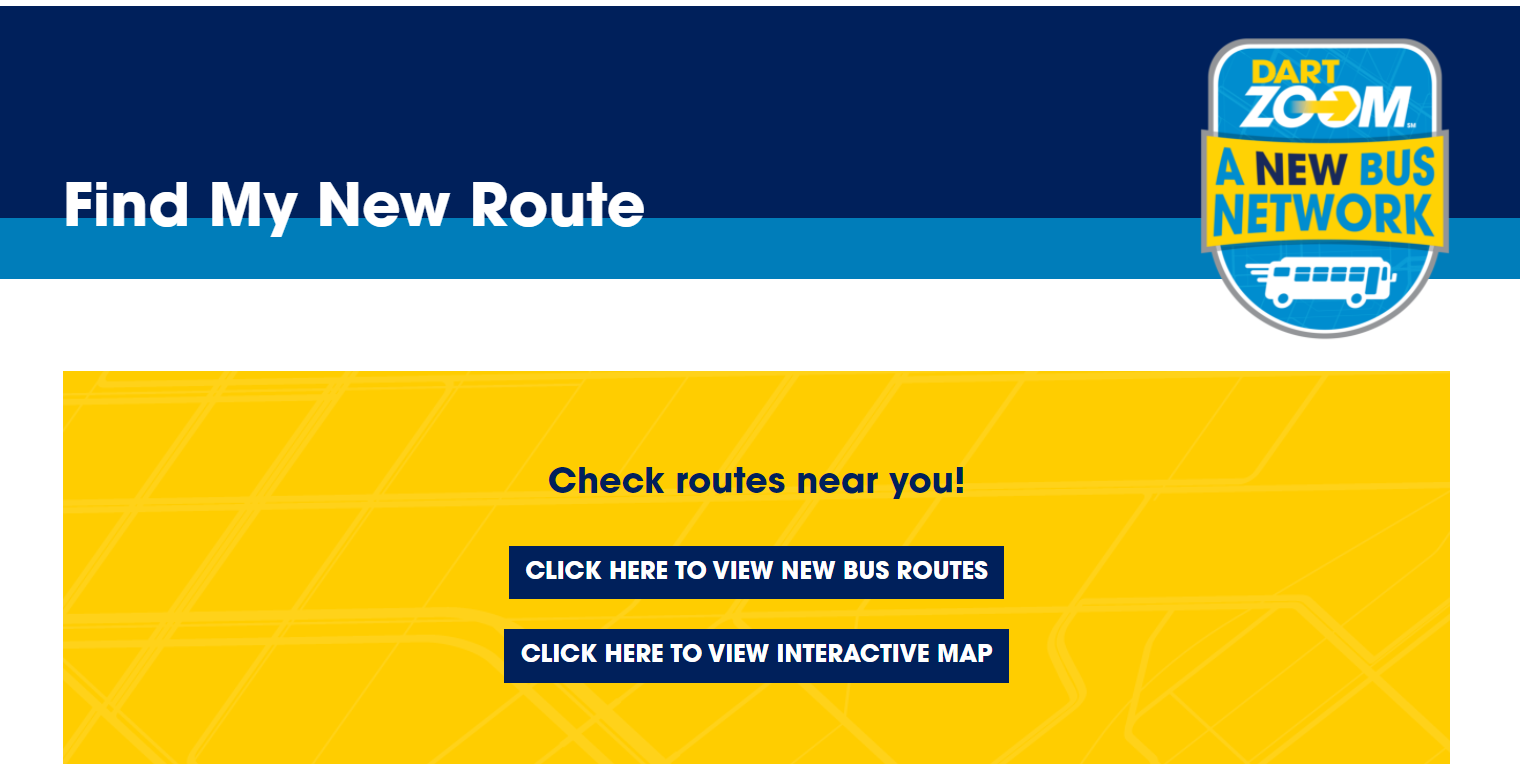 The first button will take you to a new page that lists every current bus route as well as the changes that will take into effect on Jan. 24, 2022.

Click on your route number and it will jump to that route on the table.

For example, Route 350 from Collin College Plano Campus to the Addison Transit Center will be replaced with New Bus Network Route 236 and parts of two GoLink zones.

If you prefer a more visual tool, on the interactive map, you can enter any address and see the service that will be closest to that location. You can also switch between the “Existing Network” and the “New Network” to compare service.

The color of the New Network bus route line indicates the approximate weekday midday frequency in that location. A yellow shaded area shows that the location will be served by GoLink.

Categories : Ask DART DART Daily Knowledge
Leave a comment
Newest on top Oldest on top
Load more comments
Thank you for the comment! Your comment must be approved first