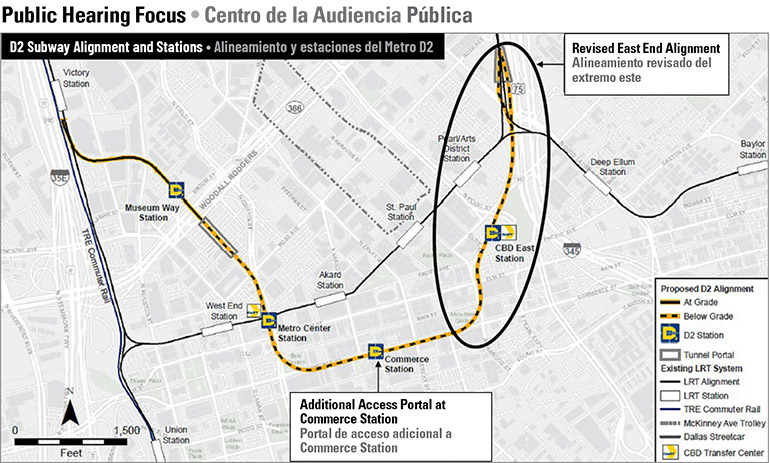 DART will hold a public hearing to receive public comments regarding the addition of the proposed D2 Subway alignment, grade separations, and station locations to the DART Service Plan.

An initial public hearing was held September 22, 2020, during which several comments received were in opposition to the eastern end of the project alignment. A revised east end alignment was developed in 2021 in response to those comments.

The focus of this public hearing is the revised east end alignment, as well as a proposed additional station access portal for the Commerce Station. The rest of the D2 alignment remains unchanged and comments from the September 2020 public hearing are still applicable.

Those sending comments should include their name, address and telephone number.

Categories : DART Daily Knowledge
Leave a comment
Newest on top Oldest on top
Load more comments
Thank you for the comment! Your comment must be approved first

Ask DART: What is the Discount GoPass® Tap card?