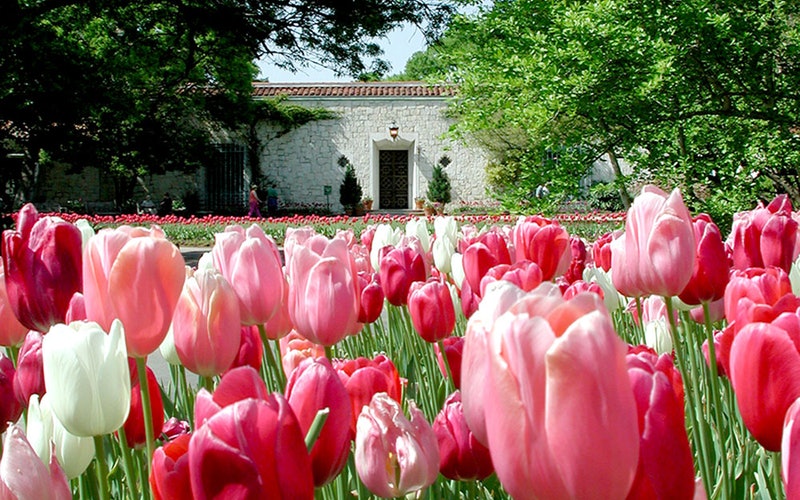 Rain-free skies and warmer temperatures beckon you out of the house this weekend. From spring flowers to exotic animals to that peculiar species known as Swedish metal, DARTable discoveries await. Read on to find out more.

2020 Dallas Senior Games are a great way to get fit and have fun for those over 50. This year's theme is “The Moment is Yours.” The Olympic-style fitness and leisure competition’s events include a 5K race, archery, basketball, bowling, cornhole throwing, cycling, golf, pickleball, swimming, table tennis, tennis and track and field. The games run through March 8; they take place at locations throughout North Texas and require registration. Check the schedule for locations and times. You can get to Fair Park by taking the Green Line to Fair Park Station.

C.S. Lewis' "The Great Divorce" is a mesmerizing fantasy about heaven, hell and the choice between them. The story of a fantastical bus trip from hell to the outskirts of paradise is told with Lewis' signature wit and intelligence. The thought-provoking show is in the first weekend of its run and is on stage through March 1 at the Eisemann Center, right across the plaza from Galatyn Park Station on the Red Line.

Penguin Days at the Dallas Zoo ends after today. It’s your last chance of the season to get $8 admission. Bundle up, take the Red Line to Dallas Zoo Station and take advantage of this cool deal.

Mrs. Haggardly – Ochre House Theater's world premiere of Artistic Director Matthew Posey's latest work gets its last performance today. Set in an orphanage on the edge of a war zone, the play follows Mrs. Haggardly and two companions as they use their cunning to resist fascists. Featuring opera, spectacle and illusion, the tale of tenacity in the face of tyranny is on stage more or less across the street from the Green Line’s Fair Park Station.

Opeth is a progressive metal band that comes to Irving tonight all the way from Stockholm, Sweden. Or maybe Tennessee, since they just gigged in Nashville, but you get the point. The band is touring in support of their latest album, which has the impeccably prog/metal-sounding title “In Cauda Venenum.” Catch them at the Pavilion at Toyota Music Factory, about an 8-minute walk from Irving Convention Center Station.

Dallas Blooms opens today at the Dallas Arboretum. The annual celebration of spring is one of one of the largest floral festivals in the Southwest. More than 100 varieties of spring flowers (including half a million tulips) explode with color. Throughout the course of the event, you’ll also find cooking classes, tastings, live music, wine and beer pairings, and a lot more. See spring blossoming by catching DART Bus Route 60, departing from Union Station on the Red and Blue line. The event continues through April 12.

One Flew Over the Cuckoo's Nest is Garland Civic Theatre’s stage presentation of the familiar tale; the show ends after today. Randall McMurphy gets transferred from a prison farm to a mental institution, which he assumes will be cushy. But not on Nurse Ratched’s watch. She clashes with the free-spirited McMurphy (played by Jack Nicholson in the movie version) in a battle of wills. Catch this stage adaptation at the Granville Arts Center, right next to Downtown Garland Station on the Blue Line.