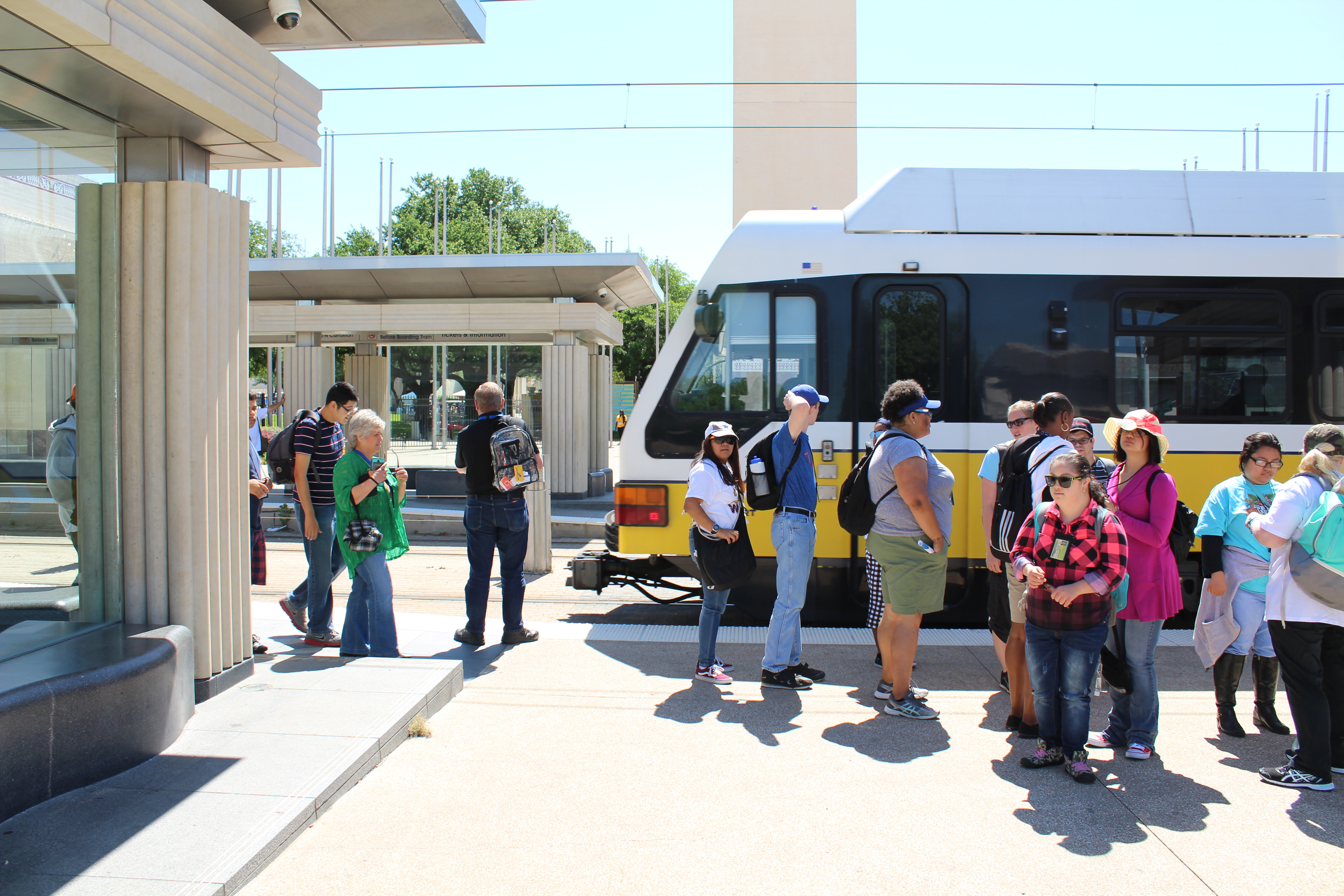 This weekend is big on heritage. You can celebrate the Emerald Isle (no Irish blood required), commemorate Texas Independence Day (yep, that’s a thing) or go way back and reminisce about the good old days of the early Pleistocene period. Bookish types are in luck, too: You can see authors read from new works or attend a terrific book festival for teens. It’s all cool, and it’s all DARTable. Read on to learn more.

The North Texas Irish Festival is one of the largest Irish festivals in the U.S., and it happens all weekend in Fair Park. There are horse shows, sheepherding demonstrations, and beer and whiskey tastings. Plus Irish music, food and storytelling, of course. To celebrate the Emerald Isle, get on – what else? – the Green Line, and head to Fair Park Station.

2020 Dallas Senior Games are a great way to get fit and have fun for those over 50. The Olympics-style fitness and leisure competition ends after this weekend. Check the schedule for the times of competitive events going on this weekend. They will be held at Harry Stone Recreation Center (Bus Route 164), Greenhill School (Route 488) and Timberglen Recreation Center (Route 534).

The First Impressions Festival is a showcase where local playwrights read from their new works. Tonight, get a first glimpse of Paper Thin by Leah M. Hinton and Greece! By Brian Christensen, Tomorrow, you can catch Matthew Scott Parker’s All for Loretta and Lindsay Hayward’s Crow Eats Death.  Readings take place in the Stone Cottage at Addison Conference and Theatre Centre. That’s a short walk from Addison Transit Center, served by numerous bus routes.

TEXFest is a celebration of Texas Independence Day in Historic Downtown Carrollton. Since when did Texas become an independent country? Since 1836. It only lasted until 1845, but if you think we don’t still celebrate it, you must be new to these parts. The free event features a who’s-who of local brewers, tons of Texas eats and Lone Star-style music including the Vandoliers. If you have cowboy boots, a big belt buckle or a shirt with pearl snaps, this would be the time to show them off, along with your state pride. You’ll find the festival a couple of blocks south of the Green Line’s Downtown Carrollton Station. It starts at 3 p.m.

The House on Mango Street gets its last performance today. A Mexican American girl named Esperanza is approaching adolescence, and she observes the women around her as she considers her place in the scheme of things. The play, based on Sandra Cisneros' popular book, is presented by Cara Mia Theatre Co. at the Latino Cultural Center, just a couple of blocks from Deep Ellum Station on the Green Line.

Origins: Fossils from the Cradle of Humankind is a must-see at the Perot Museum of Nature and Science. Fossils of two ancient human relatives were recently unearthed in South Africa by a team that included the Perot Museum of Nature and Science's own Becca Peixotto. See them on display in the most important exhibit since “Lucy.” The museum is a few blocks north of Akard Station on all four DART Rail lines.