DART Your Ride This Weekend, Jan 4-6 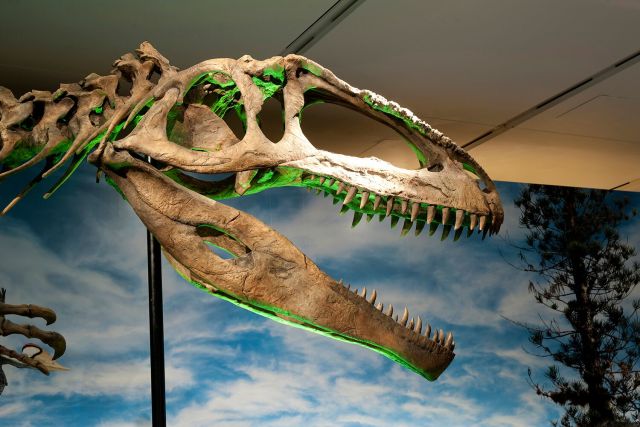 Perot Museum of Nature and Science
Posted on Jan 3, 2019 by donncoburn

There are lots of DARTable events this weekend to help you chase away the post-holiday blues.  Additionally, a whole clutch of long-running performances and exhibits end after this weekend. Skip to the Sunday listings to peruse those; all of them run the whole weekend long.

Plano Metropolitan Ballet presents The Little Mermaid. It opens Friday in the Downtown Plano Arts District. The familiar and beloved story is told through the magic of dance. Join Ariel and the colorful characters under the sea at the Courtyard Theater, right across Haggard Park from Downtown Plano Station on the Red Line.

K3 Sisters Band are multi-instrumentalists with Texas roots. They’ve toured all over the country, and they’ll perform a matinee Friday at The Millhouse Pizzeria in Downtown Garland. The show starts at noon. That’s the perfect time to order a pie and enjoy the pop and indie stylings – with broad hints of Texas country, folk and Celtic – of the three musical sisters. The venue is a short walk from Downtown Garland Station on the Blue Line.

Believe it or not, each of the following exhibits and performances – six in all – enjoy their last day today. Hopefully, you’ve caught some of them. If not, get on board! DART will take you to any one of these events. Or two. Why not?

Ultimate Dinosaurs at the Perot Museum of Nature and Science is a memorable experience for everyone in the family. The exhibit reveals a newly discovered breed of dinosaurs. Highlights include 15 dinosaur casts, more than a dozen prehistoric specimens, lifelike recreations of the dinosaurs in the flesh, touchable fossils, play spaces for kids and more. The Science Museum of Minnesota presents the groundbreaking spectacle, and Sunday is your last day to catch it. The Perot Museum is a few blocks north of either West End or Akard station. All four DART Rail lines go to both of them.

The Trains at NorthPark has delighted generations of Dallas families for decades. Where else can you see more than 750 model railcars running over nearly a third of a mile of elaborate tracks? Along the way, they pass spectacular sights such as the Grand Canyon, Mount Rushmore, and the cityscapes of New York, San Francisco and Dallas. Get there today, or you’ll have to wait until next year. The exhibit benefits the Ronald McDonald House of Dallas. You can get to NorthPark Center by taking the NorthPark Center Shuttle (Route 702) from the Red Line’s Park Lane Station.

Skating Under the Stars is an outdoor ice rink located right outside of the StarCenter in Farmers Branch. The rink is open from noon until 10 p.m. Get there before the big thaw, because this is the event’s last day! The StarCenter is visible from Farmers Branch Station on the Green Line.

The Phantom of the Opera is a spectacular new production of Andrew Lloyd Webber's classic. Expect exciting special effects along with the beloved story and thrilling score. Catch the last performance at the Music Hall at Fair Park, a very short walk from Fair Park Station.

A Bronx Tale is the Broadway hit that’s bursting with high-energy dance numbers and original doo-wop tunes from the same songwriter who gave us Beauty and the Beast. Take a trip to the 1960s Bronx, where a young man is torn between the father he loves and the mob boss he wants to be. The musical is at the Winspear Opera House, about a 9-minute walk from Pearl/Arts District Station on all four DART lines. Today’s matinee is the last performance.

Dali: Poetics of the Small, 1929-1936 at the Meadows Museum at SMU is the first in-depth showing of Salvador Dali's small-scale works. You’ll still see his unmistakable style on display, and the exhibition examines the Surrealists’ potential sources of inspiration. The exhibit comes down after today. The Meadows Museum is accessible by the Museum Express (Route 743), which departs from Mockingbird Stations on the Red, Blue and Orange lines.

Where are you going on DART this weekend? Let us know in the comments.

DART: Your Ride to ZestFest