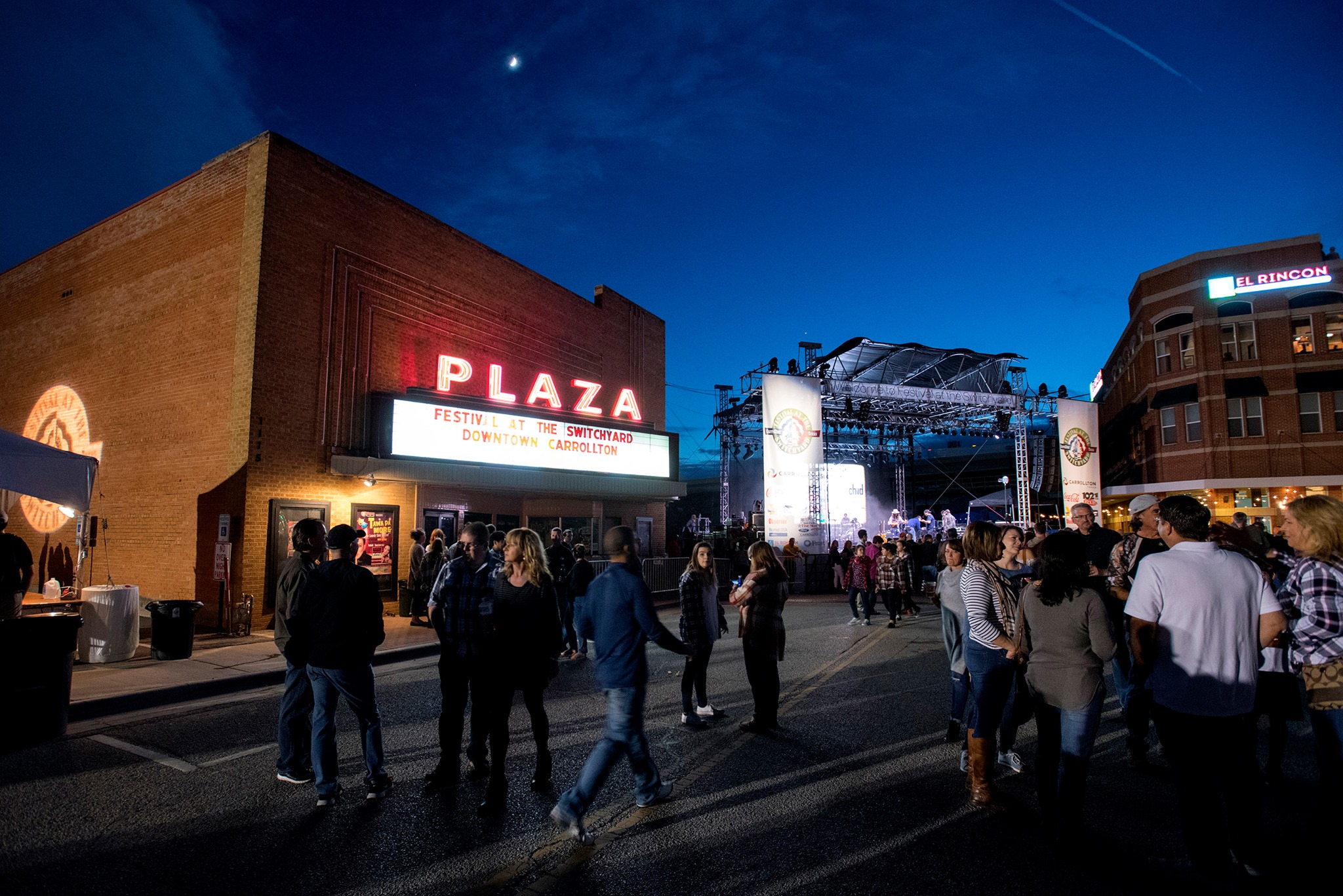 Carrollton Festival at the Switchyard - Photo Courtesy of Facebook
Posted on Nov 4, 2021 by DART Daily

It’s a great weekend for foodies, with two cool culinary events taking place, one of them over the entire weekend (and beyond). There’s also the return of a huge (and free!) festival in Carrollton. A suave Latin singer and a slovenly divorced man round out this week’s DARTable offerings.

World Food Championships are a series of competitions divided into rounds and finals. Top chefs go to the mat in a variety of categories – and compete for hundreds of thousands of dollars in prize money. The event features many other culinary challenges, as well, such as grilling. Catch the championships starting Friday night (and through Nov. 9) in Centennial Hall at Fair Park. To get there, take the Green Line to Fair Park Station.

Devour Street Food Festival is a feast of street eats at The Exchange in the AT&T Discovery District. The list of participating vendors is long, and it’s local – including longtime favorites such as La Duni, Revolver Taco Lounge and Zalat Pizza. The festival proper takes place from 3-6 p.m., with a DJ spinning dance tunes afterwards. The venue is three blocks south of Akard Station on all four DART Rail lines.

The Odd Couple is Garland Civic Theatre’s production of the classic Neil Simon comedy.  The story is familiar to many: After separating from their wives, slovenly Oscar Madison and fastidious Felix Ungar become roommates. Hilarity ensues. Today’s matinee is the last performance of the run at Granville Arts Center. You’ll find the venue right next to the Blue Line’s Downtown Garland Station.

Cristian Castro has had a long career and is one of the biggest pop stars in his native Mexico. In fact, he’s the third best-selling Latin artist ever, according to Billboard, having sold more than 25 million albums and racked up numerous No. 1 hits. See him at the Pavilion at Toyota Music Factory, a short walk from Irving Convention Center Station on the Orange Line.