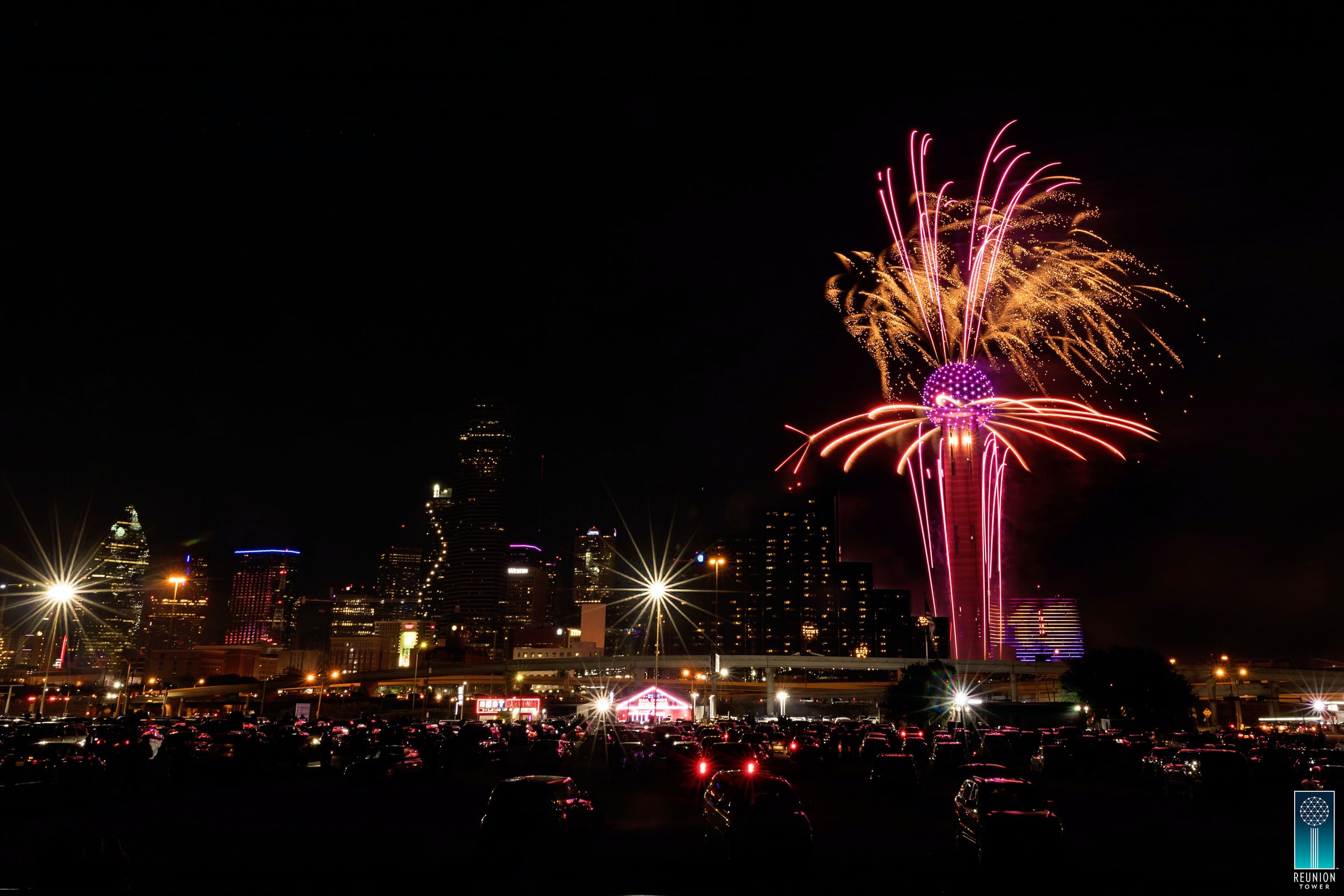 Happy New Year! There are several DARTable ways to ring in 2022. Please note that DART will offer no additional late-night service this New Year’s Eve; late-night commuters can take DART to the celebration and, depending on the hour and their specific route, catch either DART or a rideshare service home. (Since DART is free that night, the cost of taking a rideshare both ways is theoretically cut in half.) Check out holiday schedules here, or, better yet, use the trip-planning feature on your GoPass app to plan your New Year’s Eve. Now let’s dig in:

Lights All Night is a two-day music festival with performances by Deadmau5, Malaa, Illenium, 1788-L, Above & Beyond, Cheyenne Giles, DJ Snake, Madeon, Subtronics… the list goes on. The multisensory extravaganza takes place at Dallas Market Hall, a short walk from Market Center Station on the Green and Orange lines.

Good news: Molson Coors and DART will once again help North Texas residents get home safely on New Year's Eve. Free transportation will be offered the night of New Year's Eve on DART buses, light rail, Paratransit Services and the TRE between EBJ Union Station and CentrePort/DFW Airport Station for everyone from 6 p.m. until the end of service.

Jersey Boys tells the tale of four guys from the Garden State who conquered the world with their harmonies, but struggled offstage in their personal lives. Those four guys were Frankie Valli and The Four Seasons, and they produced a string of hits in the early ’60s that are still recognizable today. Catch their story in this award-winning musical at the Music Hall at Fair Park, a short walk from Fair Park Station on the Green Line. There are two shows a day on weekends, and one on weekdays, through Jan. 9.

Reunion Tower Presents Over the Top NYE is the sixth go-’round for the event, but this year it has a new twist: a light show made up of 225 drones, which join 5,000 pyrotechnic effects and 259 LED lights. It’s a panoramic fireworks spectacle that promises to be the most amazing one yet. You can’t watch the display from Reunion Tower, but you can catch great views from throughout Downtown Dallas. The view should be pretty jaw-dropping in the general vicinity of EBJ Union Station, on the Red and Blue lines as well as the Trinity Railway Express (TRE). West End Station, on all four DART Rail lines, is a pretty good bet, too. As noted above, check schedules to make sure you can get home by DART.

Irving Cares New Year's Eve Party is a brand-new New Year’s Eve tradition with cocktails, hors d’oeuvres and the awesome Sinatra-esque stylings of Ricki Derek and his 16-piece band. It happens at the Irving Convention Center, next to Irving Convention Center on the Orange Line.  As noted above, check schedules to make sure you can get home by DART.

The Shape of Matter – Through an Artist’s Eye is a terrific exhibit at the always excellent Perot Museum of Nature and Science. The works of renowned jewelry designer Paula Crevoshay – long a favorite of jewelry and gem buffs – provide a fascinating look at how nature and art intersect. The collection of about 70 pieces illustrates the link between minerals, gems and jewelry. The exhibit runs through April 20, 2022. The Perot Museum is about four blocks north of both Akard and West End stations on all four DART Rail lines.

The Trains at NorthPark is one of the great local holiday traditions. The largest miniature train exhibit in Texas has more than 750 railcars traveling over 1,600 feet of tracks, with scenery from throughout the United States. If you haven’t caught it this year, today is your last chance. Take the Red or Orange lines to Park Lane Station, then catch the NorthPark Center Shuttle (Bus Route 702) to the iconic mall.

Ask DART: How Do I Prepare for the Jan. 24 Service Change?