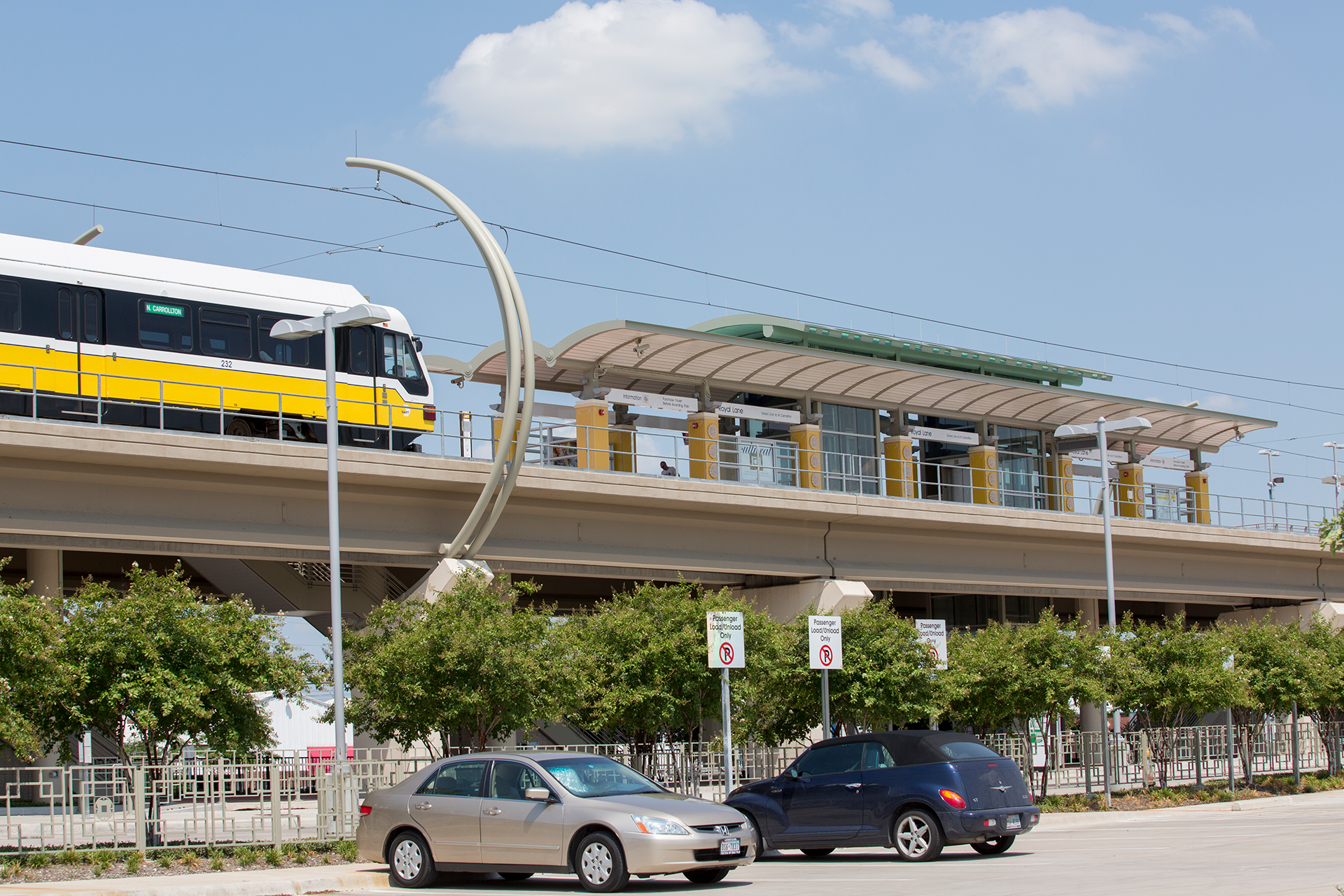 This May, DART invites you to celebrate Asian American and Pacific Islander Heritage Month by learning about the Asian cultures honored at DART’s Royal Lane Station. The light rail station on the Green Line serves Dallas’ Asian Trade District – home to about 20 shopping centers and hundreds of specialty shops. Many Asian cultures have influenced this commercial district, and it’s a unique destination.

The station’s art and design elements pay tribute the importance of trade in shaping the relationship between Asian and American cultures. The station celebrates our interdependence, and serves as a kind of “gateway between the east and west.”

Throughout, reddish brown pavement represents the earth; you’ll see a long multicolored stripe on the concourse. The station’s red, yellow, blue, and green tiles are a nod to the area's Asian heritage. In the center of the pavement, take note of the Wan Ja shaped band – a traditional good luck symbol in Asia.

A colorful medallion along the walkway, made of terrazzo, symbolizes the growth of life. The medallion’s greenish-blue color represents heaven and hope. You’ll notice the same color on the roof.

The station columns, some yellow and some red-brown, all have Lotus flowers emblazoned on them. The flowers are made of a buff-colored cast concrete and symbolize prosperity and fruitfulness.

The colorful artwork on the windscreens is the vision of station artists Hyun-Ju Chu and Chong Keun Chu. The landscaping, meanwhile, provides a variety of year-round seasonal colors.

Get to Royal Lane Station the Green Line and check out both the station design and the vibrant district of merchants and restaurants that surround it.

Categories : Community DART Daily Knowledge
Leave a comment
Newest on top Oldest on top
Load more comments
Thank you for the comment! Your comment must be approved first