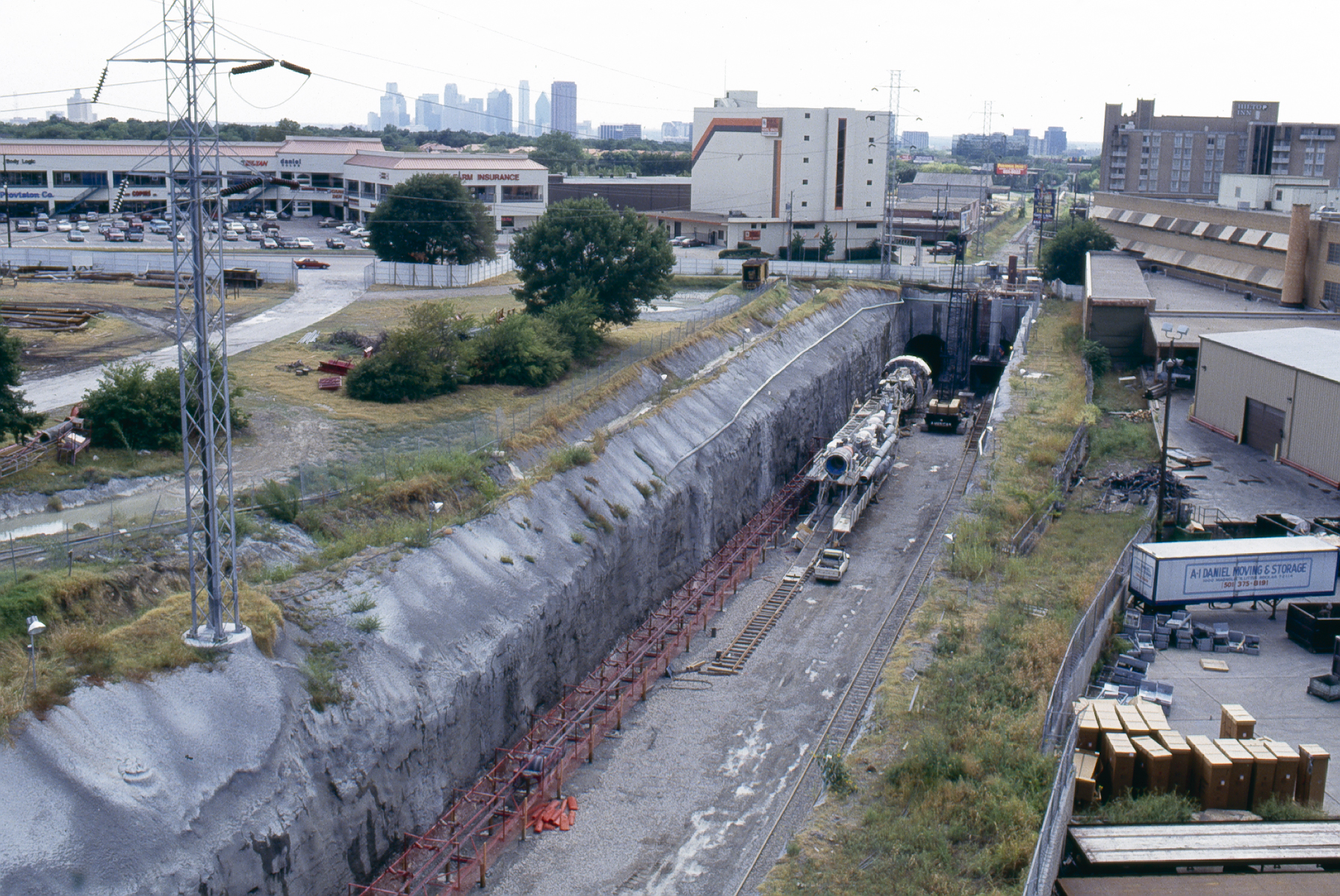 DART SMU Mockingbird Station and tunnel construction
Posted on Jun 3, 2021 by DART Daily
The most difficult engineering project of the 20-mile DART Rail starter system was construction of the tunnels underneath North Central Expressway. The tunnels stretch 3.5 miles from Pearl/Arts District Station at the edge of downtown Dallas and go under the highway, surfacing north of Mockingbird Lane at SMU/Mockingbird Station in North Dallas.

Two 21-foot diameter tunnels descend up to 120 feet below traffic. The tunnels also include cross passages connecting the tunnels, underground rooms for mechanical equipment, and a sophisticated ventilation system.

Construction of the tunnels were essential to expanding DART Rail service north to the Red and Blue lines' planned routes, starting with the Red Line extension to Park Lane that opened in January 1997.