Ask DART: Where is GoLink available? 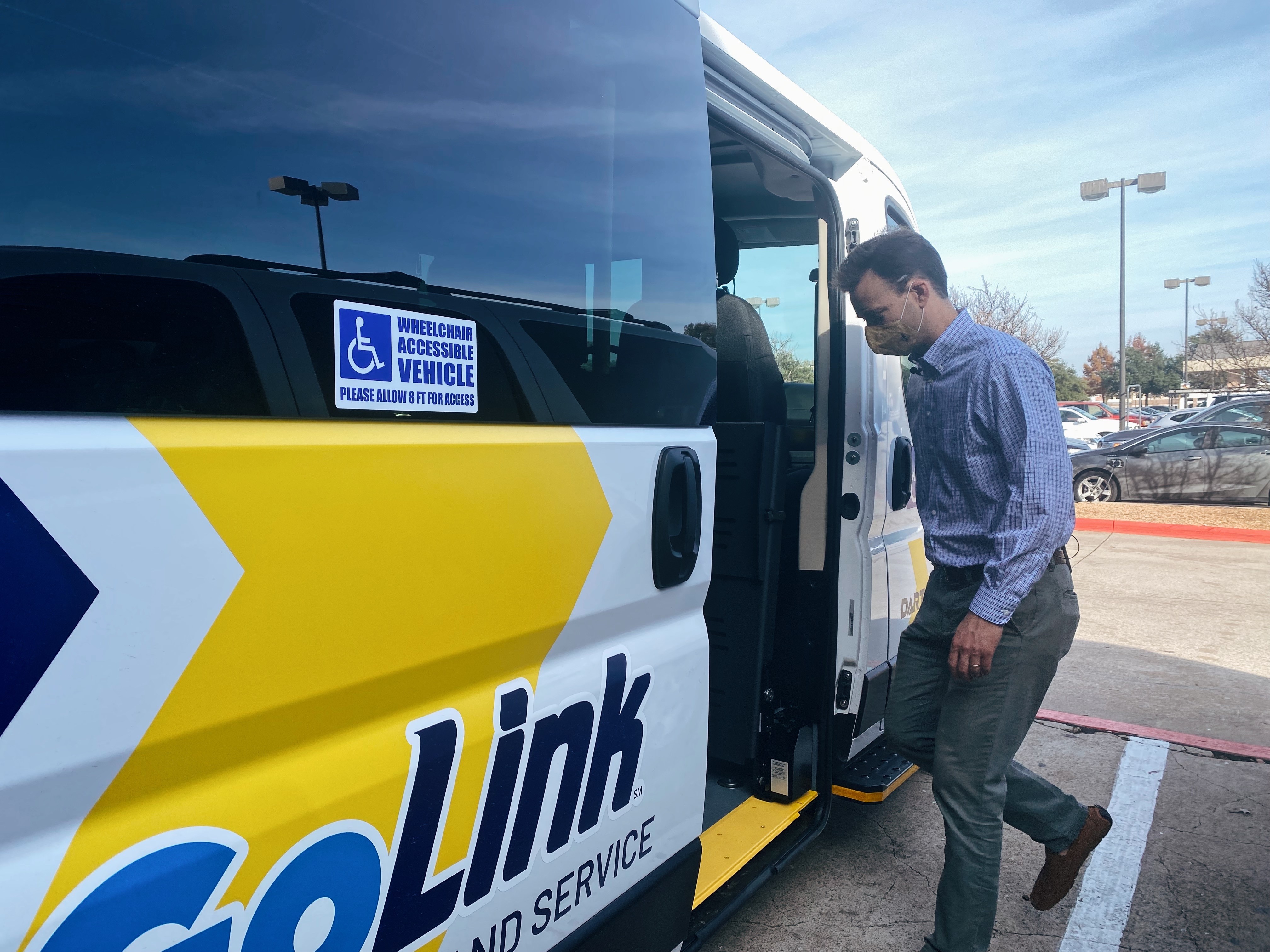 Where is GoLink Available
Posted on Dec 14, 2021 by DART Daily

The short answer is: GoLink is now available in more places than ever!

As part of DART’s new bus network, DART has expanded GoLink coverage across the service area. In case you didn’t know, GoLink is DART’s on-demand service that is great for going to work, running errands or connecting to DART buses and trains. Wherever you’re heading, GoLink has you covered — with zones in the southern, eastern, western, central, northwest and northeast parts of the DART Service Area. Check out this map to find the zone nearest you.

In total, DART will now have 30 GoLink zones, and DART has expanded weekend coverage in a number of existing zones. 13 zones will now offer Saturday service, and six zones will now offer Sunday service. All of these changes become permanent on Monday, Jan. 24 in coordination with DART’s new bus network that is simpler, better, faster and easier for you.

Unlike a traditional DART bus that operates on a fixed schedule, GoLink is totally on demand. That means you must book trips in advance. You can book your trip in two convenient ways: Either with the GoPass app or by calling 214-515-7272.

The service is available to you at no additional cost covered if you have a valid contactless DART fare purchased using a GoPass Tap card or a credit or debit card. GoLink serves destinations within a particular zone, and each zone offers service to a rail station or transit center for connections to other DART services.

Please note: DART still requires riders to wear a CDC-approved face mask on board its vehicles, including GoLink.

Ready to see where GoLink can take you? Click here to learn more about GoLink service!