North Texas doesn’t hold back when it comes to celebrating Independence Day. After a couple of years off (for obvious reasons), DART's service-area cities invite you to parades, festivals, and of course, fireworks. Break out your red, white and blue and take DART to these Fourth of July events to avoid traffic and parking hassles. It will be a bang! 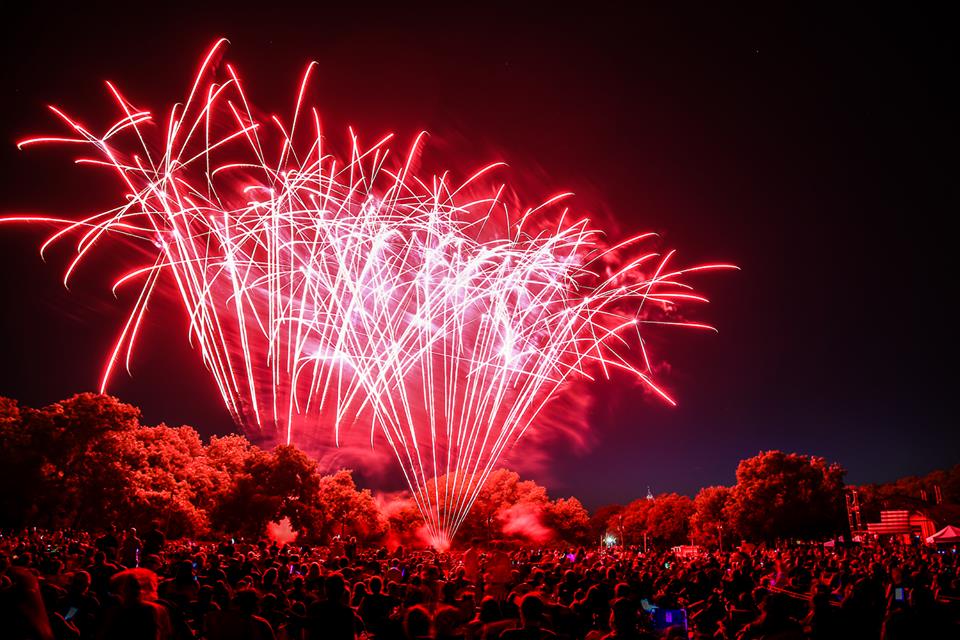 Klyde Warren Park Independence Day Celebration has vendors, contests, live music, and lots of family fun. Expect plenty of food trucks, plus several onsite bars selling beer, wine and margaritas. The U.S. Army's 36th Infantry Division Band will kick off the festivities with a brass band at 7 p.m., followed by Rhythm & Boots at 8 p.m. and a full patriotic concert at 8:55 p.m. The night concludes with a dazzling fireworks show at 9:30 p.m. Klyde Warren Park is a short walk from St. Paul Station on all four DART Rail lines; you can also get there on the M-Line Trolley. 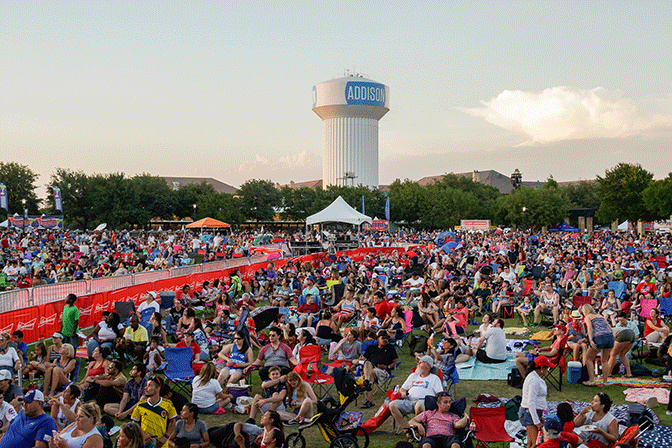 Addison Kaboom Town one of the nation’s most impressive and unique Independence Day celebrations! For more than three decades, this event has drawn in hundreds of thousands of guests from all over the world. There’s live music and a spectacular air show – not to mention an award-winning fireworks at Addison Circle Park, a short walk from Addison Transit Center. The event takes place from 5-11 p.m. 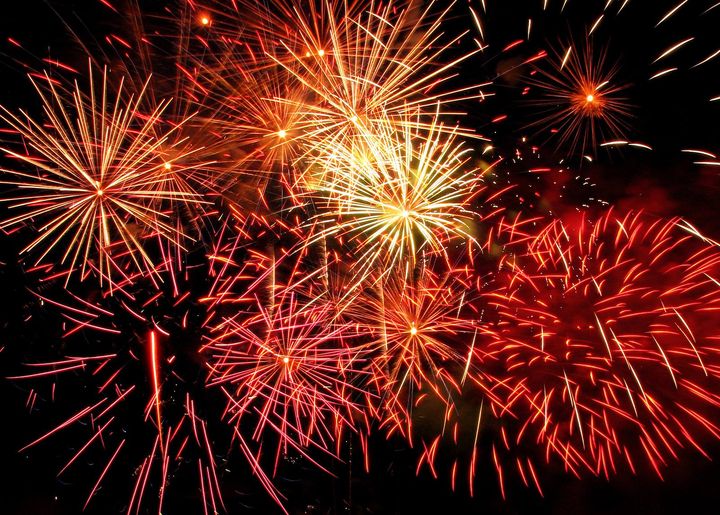 ins at 4 p.m. with the Texas musical stylings of Matt Hillyer and Summer Dean. Then Nikki Lane takes the stage with her electric country music, followed by the soulful vibes of Devon Gilfillian. And the headliners hardly need an introduction – they’re icons around these parts. There is a “digital fireworks display,” too, which should be pretty awesome on the gigantic screen. The AT&T Discovery District is a few blocks from Akard Station on all four DART Rail lines.

Irving Sparks & Stripes presents dazzling pyrotechnics at the Levy Event Plaza, on the shores of Lake Carolyn. The festivities include music and other fun stuff in addition to fireworks. Blankets, lawn chairs and coolers are welcome. The celebration happens from 6-10 p.m. a short walk from the Orange Line’s Las Colinas Urban Center Station.

Rowlett Fireworks on Main is a fun-filled night for the whole family with live music from three bands, an extensive kids’ area, a wide variety of food vendors and – of course – fireworks. The event takes place from 5-10 p.m. at Pecan Grove Park, just under a mile from Downtown Rowlett Station on the Blue Line.

A Star Spangled Spectacular is the Dallas Winds’ annual patriotic tribute to the good ol’ USA. Expect all your patriotic favorites, a salute to our troops – and air conditioning, too, at the Meyerson Symphony Center. That’s a short walk from Pearl/Ars District Station on all four DART Rail lines.

Categories : Community DART Daily Special Events
Leave a comment
Newest on top Oldest on top
Load more comments
Thank you for the comment! Your comment must be approved first